"I'm afraid we'll have to innovate..." Such had asserted Dose One in 1999, on "It's Them", one of the most notable tracks of Music for the Advancement of Hip Hop, Anticon's manifesto compilation. And he hadn't said that in vain. As demonstrated with the heavy metal leaning cover art of this first album, it was obvious that Them - later known as Themselves - would not make do with ordinary rap. 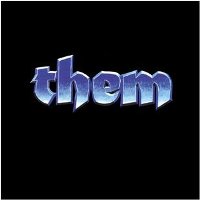 By these days, however, Adam "Doseone" Drucker and Jeffrey "Jel" Logan – who had met each other a few years before, at the Northwestern University radio – were still into rap music. Their experiments were not as extreme as they would become with the cLOUDDEAD project, and they were not into indie rock yet. This would happen a bit later, with 13 & God, their alliance with Germany's The Notwist, and then with the Subtle combo. However, as soon as in 2000, the duo was already challenging all familiar structures within hip-hop music. They mixed them with unusual sounds, and were into dangerous musical acrobatics.

First, we had Dose's abstruse and fantasy raps. Like some possessed man-child, he was declaiming some abstract poetry, at high-speed, and with a very nasal voice. Then we had Jel's work, and also Moodswing9's, J. Rawls', and some cuts from Mr. Dibbs. With some help of his SP1200, the beatmaker didn't care anymore about sample loops or boom bap. His music was entirely made of ambiances, and abrupt changes, all on par with the unpredictable lyrics and flow of the MC.

Some of these two guys' experiments were almost flops, like "Lyrical Coungel", with Sole and The Pedestrian. But some others, provided that the listener was open minded and had solid ears, were just brilliant, like the melancholic "Grass Skirt & Fruit Hart", the single "Joyful Toy of a 1001 Faces", so catchy with its ethereal "lalalas", and the conclusive track, the great and epic "It's Them".

Here, those who were still named Them – they would become Themselves with their next album, probably to avoid confusion with Van Morrisson's old band – were living according to Anticon's slogan: they were working for the advancement of hip-hop, bringing it to new spheres, unknown, unsuspected and forbidden ones.