After Company Flow split, El-P attracted all the attention deserved to indie rap's central band, at the expense of his two comrades. The malicious ones may pretend that it was because he was White, while the two others were Black men. Anyway, it is true that there was something unfair with the founder of Def Jux becoming a media darling, while Bigg Jus, a better rapper than him – and sometimes a producer and a label owner as well – would pursue a very similar solo career, as much haunted, politically committed, and committed to experimentalism. 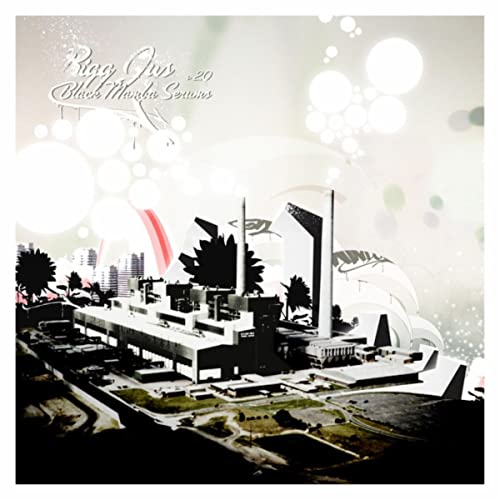 The experimental nature of his work was obvious with the second Black Mamba Serums – a record widely available in Europe, thanks to Big Dada - including with the story of its design. As indicated by the "2.0", this was, actually, the second edition of an album he had delivered two years ago on a Japanese label, itself a reworked version of the Plantation Rhymes EP, the rapper had previously released, in 2001, on his own Sub Verse. Like a software designer, Bigg Jus had invented a perpetually evolving record, a constantly evolving and perfecting album.

The approach, in itself, was original and avant-gardist; and the final product was, as well. Like El-P, Lune TNS – one of Justin Ingleton's other aliases – liked to cook his beats in a complex and difficult way. Sometimes, his music was deep, sober and melancholic; or, on the complete opposite, it was noisy and unsettling, and full with surprising alliances, like the piano and steel drums on "The Fr8s". It moved unexpectedly from one movement to another, but without impacting the rapper, whose spirited and off-beat flow seemed rather imperturbable.

Like El-P, again, Bigg Jus liked to be political, in Public Enemy's tradition, targeting primarily president George W. Bush. Like his old friend, he talked about childhood traumatisms; in his case, he didn't care about his stepfather, but about his grandmother ("Dedication to Peo"). Last but not least, as a pure indie rapper, his anger was directed to wack MCs, more particularly when he spat a brutal and definitive: "it's plantation rhymes, 'cause most of you emcees rhyme like SLAVES!"

Listened entirely, even in its shortened version, this album was exhausting. It seemed also a bit shaky and awkward, as if Bigg Jus had been a victim of his ambitions. But to be honest – and so that we complete the comparison – it was not too different with El-P's own albums, inclusive of Fantastic Damage (2002) which, around the same time, had benefited from hysterical and disproportionate praises from the critics, as if they had wanted to apologize for ignoring Company Flow just a few years before. As a matter of fact, they could have been as much positive with Black Mamba Serums, quite an imperfect record, definitively looking like a draft, but rich, engaging and generous, in each of its various avatars.