In its very heart, hip-hop has always nurtured its own contrary. In this time of triumph for the most brutal and ignorant forms of raps, a more educated, artsy and intellectual version of this music is still living. While some are only playing with punchlines, some prefer more meaningful lyrics. Though many rappers are focusing on their swag, some others are more discreet, less sexy, and opting for the look of the ordinary men. Contrary to the most party-oriented and electronic forms of rap, some seem to cherish a rock feeling; they prefer sophisticated beats, rich samples and "real" instruments, to the more common bombastic synthesizers. 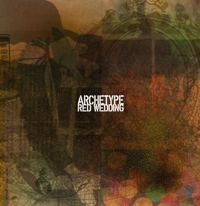 The latter is not better than the former. Quite often, it is even the opposite: when a musical genre is targeting respectability, boredom is never too far. Some, though, are playing their cards right. Such was the case of Jeremy Nesbitt (a.k.a. Nezbeat) and Isaac Diehl (a.k.a. iD), the two White guys behind Archetype. Based in Lawrence, Kansas, the duo has self-released some remarkable albums, like Freehand Formula in 2002, Bleed for Them in 2006, and finally, in 2012, Red Wedding, a record supposed to be the very last, before they decided to split.

On this release, it took them five years to record, with the help of local musicians, the duo was particularly careful with the production, and more particularly with rhythmic patterns, which are diverse and sophisticated. Far from limiting their music to straight and simple loops, they opted for subtle layouts, with progressive and changing structures, like with "Dr. Bravo", where noisy guitars suddenly gave way to brass sounds, before both kinds of instruments got completely mixed.

"Dr. Bravo" is the closest thing to a single. It is not its best song on Red Wedding, however. The best track would rather be "Look Away", with its ethereal chorus, its broken drums or its hazy guitar; or maybe it is "Same Ol Tears", a reflection about the eternal return of the same troubles and sorrows, with its flute, its violins, and a new guitar, a muffled and electric one this time; or "Winding Mind", with its vibraphone and medieval melody. All these songs, indeed, fulfill the promise apparently made by Archetype, to enhance always more the musicality of hip-hop.