The CunninLynguists have been some of these few guys, more or less affiliated to the indie rap movement of the early 2000's, who managed to make it and find a place in the bigger rap community. Those rappers from Kentucky, however, were not too different from their peers; they had followed more or less the same path – an ascending or descending one, depending on the view. Originally a revivalist group, fond of 90's sounding loops and samples, and with an old school rap mindset, they became more contemplative. Over time, their lyrics turned more introspective, their music more cinematic, flirting with folk and rock guitar sounds. 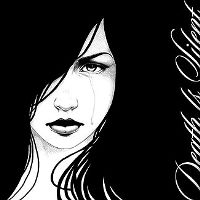 Kno, the band's beatmaker, one of its funding members, and also its only pale-faced guy, showed it in 2010, with a solo album, Death Is Silent, which focused on serious subject matters like life and death. On a side note, its release date had been postponed, the same UPC code as Soulja Boy's Swag Flu being attributed accidentally to the record. How ironic, considering how much the CunninLynguist's formula is opposite to what the author of "Crank That" was used to deliver.

Death Is Silent was full of bitter-sweet 70's psych-folk samples, like with the singing and flute on "Graveyard" – the other single with a video -, and like with "Rhythm of The Rain", "Spread You Wings", "Smile" and "When I Was Young", all blended with either acoustic or electric guitars. The production was so elaborate and polished, it was so much in the very heart of Kno's work on this record, that the rapper and beatmaker had included to it instrumental versions of his songs.

Of course, some may criticize Kno's raps. Undoubtedly a great producer, he has never been recognized as an outstanding rapper. As a matter of fact, he was easily outshined when his CunninLynguists friends were back, like Deacon on "Loneliness" and "Spread You Wings", and Natti on "If You Cry". The problem was not so much his lyrical skills: his lyrics were great, and he could play efficiently with sounds, as demonstrated with "Graveyard". Our guy is also an educated one, who doesn't mind including sentences from the Indian philosopher Jiddu Krishnamurti in his songs. But his White man voice is weak; it lacks presence. Actually, this may be the reason why Kno, at this stage, had stopped rapping with the CunninLynguists. Here, however, his low charisma fitted perfectly well with the colors – black and white exclusively – of this exquisitely melancholic album.