Undoubtedly, Awolrus has been one of the key players in the West Coast Underground. He's been some kind of star, in the small indie rap world. It is hard, though, to identify a masterpiece in his discography. Would that be Souldoubt, due to its bangers? Or Slanguage, his and Daddy Kev's escapade in free jazz? Or Number 3 on the Phone, due to the fantastic "Carnage Asada"? Difficult to say, each record being equally brilliant and frustrating… Or maybe, we should all prefer this quiet, short and discreet Only Death Can Kill You, he released with Factor. 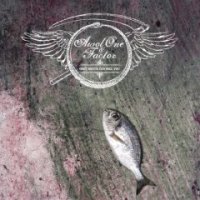 At first glance, this collaboration between a rap semi-legend and a prolific but hardly known Canadian beatmaker, looks like an unholy alliance. On paper, it could lead to anything, the worst, as well as the best. Also, the previous partnerships of the Saskatoon producer with other Californians (Akuma, Existereo, Kirby Dominant) had not all been memorable. We could easily imagine Awol One rapping on an automatic mode, on the boring guitar samples Factor seems to love.

But finally, no: this record was without pretense, but it was good. There, Awol One found some loops which were a perfect fit to his usual posture: being a sad rapper, mumbling some monologue, as if half-drunk, in front of a beer mug. When he philosophizes about the passage of time, Factor provides him with a perfectly melancholic guitar. When he intones a playful song like "Digital Angel" with some friends, the Canadian offers the adequate bouncy melody, delivering more variations than he seemed able to, so far. And when the record turns into routine tracks, when it drags on too much, Factor restarts the machine with a more aggressive and disturbing beat, supplied with some scratches ("Smokin’ Coffee").

Both buddies are even getting great with the excellent "Sunday Mourning", which Factor based on a slowed version of Free's "Mourning Sunday Morning", while the rapper delivered some sing-song, underlining the main sentence with some "that’s right". But finally, Only Death Can Kill You was almost unnoticed. It got lost into the too large discographies of both men. It was, indeed, not their most sparkling record. It may be, however, one of their best and most accomplished.