A poetess come to rap, after practicing slam; the author of a book as well, Spiral Bound, in 2009; and a music teacher. Dessa Darling is all of these. She is a dream come true, for those who like hip-hop when it is respectable, and consider that ignorant and gangsta raps are incarnations of the devil. The only woman in the Doomtree collective, though, shouldn't be despised by the others, the clever ones, those who know that moral prejudices should have no say when talking about music. Margret Wander, indeed, could be your grandmother's best friend. But she knows how to make great albums, primarily her very first, A Badly Broken Code. 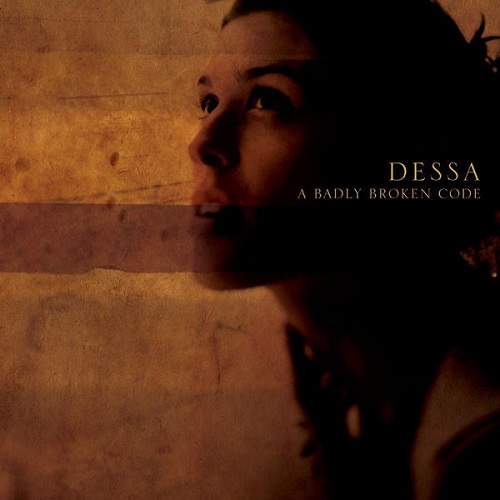 This album, indeed, is full of clean-looking music. The posture is literary; the lyrics are full of smart figures of speech. The themes – childhood memories and brotherly love on "Children’s Work", relationship issues on "Mineshaft II" and "Go Home", unbreakable friendship on "Crew" – are closer to the 70's singer-songwriter register, than to the thug rants generally synonym with rap music. To be perfectly honest, Dessa is not only a rapper. She stays loyal to her background, opting more often for slam poetry, or spoken word, than for a technical hip-hop flow. She even sings, from time to time. She is doing it a cappella on "Poor Atlas", as she is used to with her other band, the 100% feminine Boy Sopranos.

Produced by some Doomtree members or affiliates (MK Larada, Lazerbeak, Cecil Otter, Paper Tiger), in addition to herself, her music is open to "real" instruments, either played or sampled. It loves diversity, moving from jazz to the R&B hook of "Dixon’s Girl", or to the electric guitar and the violin of the damn good "Mineshaft II". Later on, "Matches to Paper Dolls" is looking like an Eastern-European melody, "Seamstress" is more frankly rap, "Crew" has an Hawaiian guitar, and "The Chaconne" is a haunted song, reminiscent of Antony and the Johnsons, thanks to Matthew Santos, a local artist who already collaborated with… Lupe Fiasco.

These tracks are extremely diverse, but almost all are great ones. Thanks to them, this album is a success. This is a solid rap record that, exceptionally, you will be able to share fearlessly with all the right-minded people in your neighborhood.