Appeared by the end of the 1990's, out of the indie rap movement, Anticon was a world apart in hip-hop's underground scene. Located as many others on the very active Bay Area, but gathering people from multiple places, the label funded by Sole managed to federate a large community of original artists, a collection of marginal and weirdoes, all seeking to challenge the many routines of hip-hop. 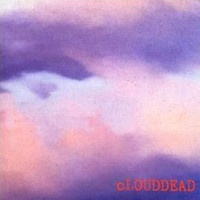 Hip-hop, usually, is a Black men thing. It is supposed to come from the streets, to be rooted into the tradition of African-American music, to be made of hypnotic rhythms and repetitive loops. Sole and his crew, though, were all White, and rather middle-class; they flirted with indie pop or electronic; and their music went in every possible direction. Encouraged by the experiments of groups like Company Flow, they accepted white hip-hop characteristics which, in the past, used to be handicaps; they changed them into strengths. Doing so, they pushed hip-hop further, on new roads. They opened a large window and let the air in.

As soon as 1999, the label became a darling for hip-hop's underground and Internet segment, and some critics in British magazines such as Wire and Muzik helped extending its public and notoriety. It took one more year, though, for the first Anticon offshoot to be distributed in France. In fact, cLOUDDEAD wasn't really an Anticon group, since its album was released jointly by Mush and Big Dada. Also, unfortunately for newbies, this was not its most accessible record. cLOUDDEAD, indeed, was maybe the most extreme project of the Anticon family.

Recorded jointly by the producer Odd Nodsdam, the rapper Why?, and the odd Dose One, whose nasal voice and fantasist lyrics were easily recognized, cLOUDDEAD hit hard. More obtuse than ever, the Ohio rapper and his friend spoke on some ethereal music closer to post rock or Eno's ambient than to hip-hop beats. To push the concept further, the album was divided in 6 convoluted titles, split in movements, previously available as 7', which all had a guest, either someone affiliated to Anticon, or another character of the indie scene, like Illogic.

Full of experiments, this abstract form of rap flirted dangerously with the worst side of yesterday's prog rock, but it didn't sink into it. On the contrary, there was nothing else than grace with the two "Jimmy Breeze" et "Apt.A (2)". What this still hip-hop, though? The debate is still not closed, but frankly, we don't care.