Polo G, as we know him, was born in a prison. Before he was incarcerated, Taurus Bartlett, like other Chicago rookies, used to deliver some generic kind of drill music. But in 2018, behind bars, he decided to change his style with "Finer Things", a melodic song with a melancholic piano, that talked about better days with limited expectations that they would come. Released shortly afterwards, the video was viewed millions of times on Youtube. And later on with "Pop Out", a duo with Lil Tjay, he became a Columbia signee and, at 20, Chicago's next big thing. 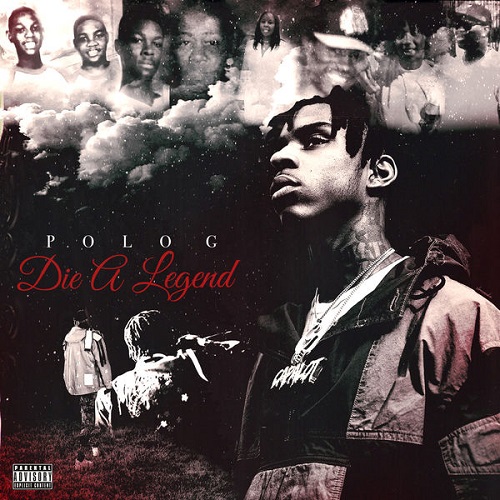 Die a Legend uses the same formula. Here, Polo G appropriates Lil Durk's melodic kind of drill music, and he mutates it even further. He makes it even cleaner, more pop. The drums, the relentless rhymes, and lyrics portraying the urban jungle, are still there, like on his dark "A King’s Nightmare". Declaimed in a more aggressive way, a track like "Dying Breed" looks like the original drill music, with its repetitive flow, and its depiction of lost youths, abandoned to crime, drugs and death. The ambiance is paranoid: treason is round the corner, according to "Last Strike". But instead of shrill sounds, Polo G opts for sad pianos, or comparable instruments like the acoustic guitar on "Chosen 1". And while he employs these, he hums with a resigned voice.

None of this alters drill music. On the opposite, these highlight one of its latent qualities. By removing all the pride and triumphalism from the formula, it shows all the despair behind the nihilism. The remarkable "Through da Storm", for example, looks like a typical braggadocio about illegally earned money, but the depressed tone of the rapper says the contrary, as well as the hook, about her mother crying and her little sister hearing him through the telephone of the prison. "Effortless", another stirring track, is not exactly optimistic when it talks about bullet hissing close to children in his neighborhood. Same with tracks such as "Battle Cry", "Finer Things", "Chosen 1", and "Deep Wounds", when Polo G fights his distress with pills of ecstasy.

Even when he talks about his ascent on "Picture This", even when he compares his new status with his difficult past, Polo G looks heavily depressed. The very title of the album is equally deceptive. It is not about the road to success. On the opposite, it is about his chagrin, his disappointment, the certitude that death waits round the corner, and that recognition will only happen afterwards. This is what says the hook on "BST", where he alludes to his forthcoming child: "for my family, gotta build a legacy, I'ma be the man when I'm dead". This album, indeed, is Die a Legend, and not Get Rich or Die Tryin'. Nevertheless, considering how much praised Polo G is nowadays, he looks well equipped to consolidate his legend before the end comes.