This is one of the great specialties of French rap. For quite a long time, it was understood that its main role was to carry out a message. Cultural elitism is nastily anchored in our nation, as well as a strong condescendence for popular art such as hip-hop. Even those pretending to defend it, think that its value resides in what rappers say about society, their own 'hoods, or the aspirations of the young. Not in the music. And though the style commonly called conscious rap is not the most significant on the other side of the Atlantic Ocean, many considered it should be dominant, here in France. And undoubtedly, Keny Arkana impersonated this vision. 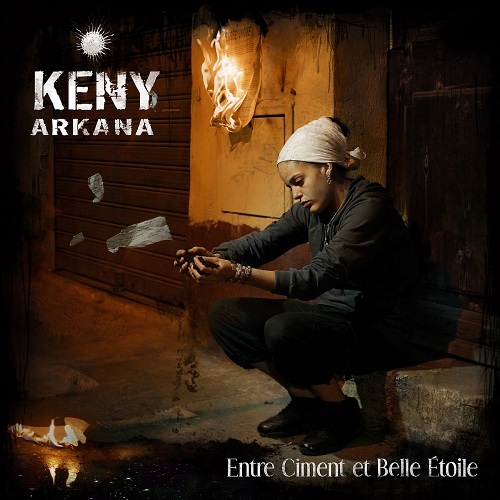 Very early on the Entre ciment et belle étoile (between concrete and stars) album, with her banging song "Le missile suit sa lancée" (the missile is on its way), the young lady from Marseilles claims that she is not a rapper, but a protester who happens to rap. She will prove it later on, multiple times. In the years following this successful album, she would support squatters in Geneva, realize a documentary against the neo-liberal globalization titled Un autre monde est possible (another world is possible), play among the activists of the Notre-Dame-des-Landes zone-to-defend, live among Zapatists in Chiapas, and attack with a Kärcher a false president Sarkozy – by then the archenemy of French rappers – during an award ceremony.

On most of the album, it is the militant who speaks, with hostility, anger, passion, and the right beats, furious and grandiloquent ones, like with the violin of the aforementioned song, or the rock guitars of "La rage" (the rage). She also uses world music influences, as expected with a Third-Worldist rapper. Keny Arkana assaults politicians, the Elysée palace, and the French hypocrites on "Nettoyage au Kärcher" (Kärcher cleaning). She urges the young to raise against capitalism, she portrays as the devil on "Jeunesse du monde" (youth of the world) and "Ils ont peur de la liberté" (they fear freedom). She goes straight to the point, like a bulldozer armed with dynamite and a machine-gun. She is not subtle, and this is by design. As she says on "Je suis la solitaire" (I am the solitary one): "je n'ai vu que les violences du système, donc excuse mon manque de nuance" : I only saw violence with the system, so excuse my lack of nuance.

Keny Arkana's rage, indeed, is not unfounded. It comes from her accidented background. She's been a tormented child and adolescent, who ran away from home, conflicted with the public authorities, experienced delinquency, and the streets, and lived in a sinister shelter for runaway teenagers. The latter is her worst experience, the great trauma of her life, that fueled her anger. She testifies several times about it, like on "J'viens d'l'incendie" (I come from the arson), or "Je me barre" (I run away). With the latter, her poppier song, she shares in an ecstatic mode her desire to escape. And of course, there is the acrimonious "Eh connard" (hey asshole), a vengeful assault against the director of the children's home who almost destroyed her.

At times, she drops the slogans from her diatribes. She stops her relentless attacks against the "system", or all the "them" and "they" who apparently rule the world. And she moves to more nuanced words. On "Le fardeau" (the burden), for example, she plays the role of a junky, to denounce the dangers of drug abuse. On "Victoria", she impersonates a young lady to talk about the forsaken country of Argentina, her own father is from. On "Cueille ta vie" (pick your life), she portrays people from various ages and origins, but all dispossessed of their lives.

Her raps become more personal, and better anchored into her own background. Such is the case with the spoken word phases on the album, "Entre les lignes" (between lines) and "Entre les mots" (between words). Keny Arkana opts for prayers and confessions, like with "Clouée au sol" (nailed to the ground), where she claims that changing the world goes with changing oneself. Such is the case, also, with "La mère des enfants perdus" (the mother of lost children), a remarkable song that personifies the streets as a seductive and vicious surrogate mother.

These tracks are her most personal, her less brutal, those where she stops her ideological rants and starts talking about herself. And they are her most authentic and her most powerful. They are the most memorable times on Entre ciment et belle étoile, those that legitimate Keny Arkana's place in the French rap pantheon and make of this album one of its milestones.