We didn't really notice that last year, when listening to Armand Hammer's third album, Paraffin, but Kenny Segal contributed to two tracks in there. If we had paid even more attention, we would have noted that this old acquaintance from the West Coast underground scene had participated to his previous project as well, Rome. It is through Elucid that the New-York duo connected with that heir of the Project Blowed community. In 2015, they had worked together on So the Flies don't Come, the album from Milo (well, milo...), produced by Kenny Segal. But after last year's joint effort, it is with the other half of Armand Hammer, Billy Woods (well, billy woods...) that the Californian teamed up, and delivered one of the best albums of 2019 so far. 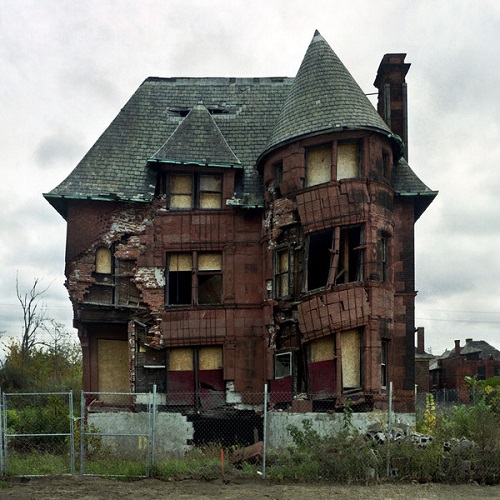 Kenny Segal is the one who took the initiative: he proposed a restricted selection of beats to Billy Woods. However, when listening to Hiding Places, it looks like the complete opposite. What is predominant there, is the dark and rough rap of the New-Yorker, more than the playful and facetious style the Californian had disclosed on his album Ken Can Cook, ten years ago already. The only Angelino touch on the album, is the one brought on "Speak Gently" by Self Jupiter, the veteran from Freestyle Fellowship, and Kenny Segal's partner in crime in the duo The Kleenrz.

Straight away, the disturbing guitars on "SpongeBob" set the tone: this album will be unsettling, dissonant, and discordant. The music, as a matter of fact, is minimalistic and noisy ("Steak Knives"), it is made of tampered voices and interferences ("Bedtime"), unexpected bifurcations ("Crawlspace"), guitar laden storms ("Spider Hole" and "Speak Gently"), with just a handful of deceiving pauses like "Houthi", or Mothermary's ghostly song on "A Day in a Week in a Year".

It talks about money, like on 95% of all American rap albums. But not the one that flows and slips through your fingers. Quite the opposite: Billy Woods talks about the money he misses, on "A Day in a Week in a Year", or when he checks his bank account on his phone, by the end of "SpongeBob". He is loyal to his world, the lower class, for example when he criticizes Nas about his symphonic escapades at the Carnegie Hall, on "Spider Hole". His own lyrics are different: they aren't inconsequential. To the contrary, they are full of literary or geopolitical references.

Unsurprisingly with this son of a Zimbabwean politician, Billy Woods alludes to the white farmers in his old country. And on another track, he shares the perspective of an Afghan terrorist. With his political rap, in addition to being a noise and experiments addict, he is a disciple of Public Enemy, like so many others in the underground scene he belongs to.

I got a letter from my insurer the other day, opened and read it,
said the treatment wasn’t covered, turned to the family like 'I guess just forget it'.

Hijacked from the mythic "Black Steel in the Hour of Chaos", this verse from "bigfakelaugh" says everything about how Billy Woods relates to Chuck D's legendary band. At the end of the day, this is still the same kind of rap music, the one for the disappointed, the one for those who admonish and rail against the great injustice of the world. This rapper, though, is no longer criticizing America and the government. He bartered his revolutionary fury for a defeatist depiction of his gloomy life; or, on "Red Dust", for a blasé look at the current state of hip-hop.

Rage and wrath are still there, but they are blanketed by scorn and a cryptic kind of humor, like with "Steak Knives", when Billy Woods reverts the lyrics of OutKast's "Elevators" to mock his status as an unsuccessful artist. He has no illusion about the nature of the world, so he stays away from it, like he says on the acrimonious "Spider Hole". This strange rapper, a misanthrope who refuses to disclose his face, looks for a space where to disappear, he seeks a hiding place.