Quite often, when talking about Casey, we are reminded about how she calls her own music: according to her, indeed, she doesn't practice French rap, but immigrant rap. As a matter of fact, she delivers her music as most rap haters see it: as the culture of young, colored, and dangerous foreigners. Through her harsh lyrics, unsettling voice, and hostile tone, through her unnuanced attacks on everything that hurts - France's slaver and colonial past, the persisting racism of the present day - she confirms the caricature they have in mind. As a result, and as vindictive as she can be, it is sometimes dreadful and saddening to see her posturing as a victim, similarly to La Rumeur, a band she is close to. But like them, she excels at that. 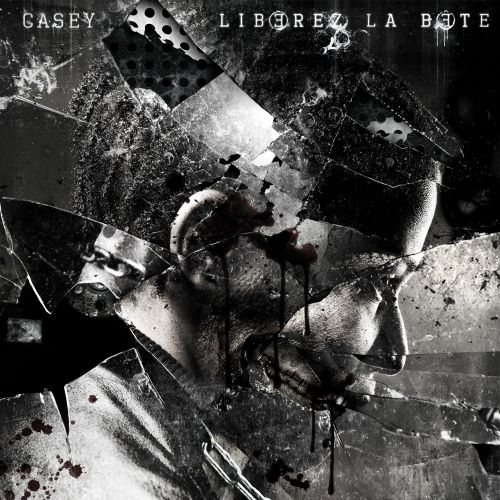 She demonstrated it on her Tragédie d'une trajectoire (a trajectory tragedy) album, and it is even more obvious on Libérez la bête (free the beast). These official solo albums – she released these two only, over her long career – are of high quality. The second one, however, might be her best. The music there is unsurprising: this is some classic and expected kind of boom bap, with good old scratches. Laloo and Héry delivered an arid and sober production work, entirely dedicated to the rapper's lyrics, but these beats are subtler than before. And even though Casey remains angry, even though she is as hostile as ever, she sounds a bit less bullish.

While Tragédie d'une trajectoire had some highlights like "Chez moi", a fair depiction of the French West Indies that contradicted postcard clichés, Libérez la bête systematizes the approach. "Primates des Caraïbes" is, somehow, the sequel of this track. "Sac de sucre" uses the same method: let the slave descendants talk, instead of the White. But at times, Casey employs the opposite trick. She uses the perspective of her enemies, and employs their words, to better criticize them. She does it on "Libérez la bête", when she compares to animals the young wildlings of the French suburbs. This approach is at its best with "La créature ratée". There, instead of disparaging the racists, such as so many rappers before her, she underlines their stupidity when describing the Black people with the words of 19th century colonizers.

She talks about the boredom, alienation and despair of the French 'hoods, but in a more delicate way, such as with "Premier rugissement". She is less generic and more personal than with her preceding album, like on "Rêves illimités", probably the masterpiece of the album. Casey talks about people, such as the aging ghetto delinquent she describes on "Marié aux tours". And there's more. At first glance, with her aggressive voice and her intimidating posture, this might not be the rapper's most obvious strengths. And though, Casey is funny. She proves it with the exercises of style such as "Mon plus bel hommage" and its flow of hatred, or "A la gloire de mon glaire", a track entirely dedicated to one theme: the sputum she delightfully spits on others. Same again with "Apprends à t'taire", a quite enjoyable attack on wack MC's.