The remarkable reception reserved to Laila's Wisdom, the last record from Rapsody – a rapper critics have always praised, though not at such a large extent – has one simple source: Roc Nation. In 2016, indeed, Marlanna Evans joined Jay-Z's label, and that album is the first she released since then. The other basis for such a success is the same as for Kendrick Lamar. Like him, whom Rapsody has collaborated several times with, she has a lyrical kind of style, and her music is rooted into the African American cultural heritage and the classicism of 90's hip-hop. And though her music is not anachronic, it flatters aging critics who came to rap in that era. 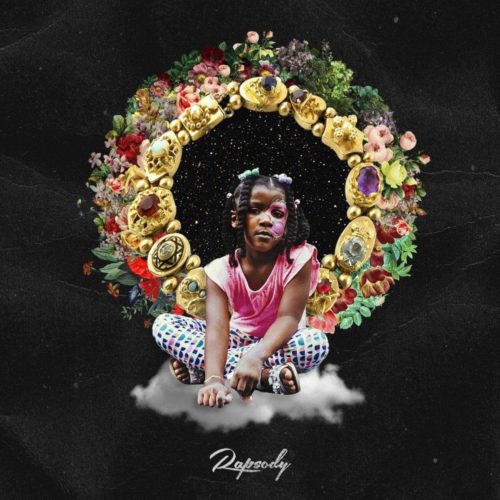 Rapsody, indeed, is the heir of a long tradition. Like her protector and producer, 9th Wonder, she is a boom bap purist – as a reminder, her first mixtape was called Return of the B-Girl, and it was supported by DJ Premier. And he is still there, though his music can be now more luxuriant, complexified with changes of directions, or challenged by the sudden arrival of Busta Rhymes, in his best Barry White impersonation. You can find a bit of Afrocentrism, there, like in the old days with the Native Tongues. The rapper is into conscious rap, like Mos Def, one of her influences. This is adult rap, especially with Laila's Wisdom's main course and conclusive track. "Jesus Coming", indeed, is a succession of short stories, about the last hours of a few people: a soldier, for example, or a little girl accidently killed by gangs. Related through different perspectives, with a resigned melancholy highlighted by the voice Amber Navran or a sample from obscure soul singer Otis G. Johnson, these stories condemn the absurdity of violence.

Occasionally, Rapsody is also a feminist. "Pay Up" is about an old rap cliché, the corrupt women living off her man, but it is completed with its opposite: the lazy and exploitive male lover. On "Sassy", the rapper talks about her womanhood and sensuality. And on "Black & Ugly", she reconciles herself with her unattractive looks. Laila's Wisdom, indeed, is often about pride and self-assurance. Such is the case with "Power", a track with a great intervention from Kendrick Lamar, where Rapsody opposes the new rap generation, supposedly come back to the self-deprecative days of slavery. "I went the rap route, get out the trap house", she says, though later on, on "Nobody", she refuses to be categorized and nods unexpectedly at Waka Flocka.

Rapsody is solidly rooted in a tradition. She cares about her contribution to the consolidation and reputation of a great African American culture. She wants to honor it. This quest is reflected in the album's title, a tribute to the wisdom of Laila Ray, her own grandmother. It shows up into the strong influence of other Black music genres like jazz, soul and funk, and some retro R&B on "A Rollercoaster Jam Named Love". It refers also to the history of rap, like "Ridin'", that smells of old West Coast recipes. This reverence for the past is visible through a few other allusions, the most visible and commented being a sample of Aretha Franklin's "(To Be) Young, Gifted and Black", originally a song from another great Black lady, Nina Simone.

Laila's Wisdom is a bit like Kendrick Lamar's pretentious albums. This is rap music for museums. We might prefer songs for partying on Saturday nights. We might consider these, legitimately, more liberating. But spending Sundays visiting museums is not a waste of time. Sometimes, it can lead to good surprises, such as the first single, "You Should Know", or "OooWee", a collaboration with Anderson Paak, the two most intense tracks on the record, two songs full of self-confidence from a rapper, Rapsody, nowadays recognized as an essential one.