Originated from South Side Chicago, Dreezy had her start in drill music. She connected first to a star of the subgenre, Sasha Go Hard, who invited her on her "I Ain't No Hitta" song in 2012, and she collaborated with another drill scene figurehead, Lil Dirk, on "Ghost". Then, in 2014, her notoriety rose through a song titled after Chicago's own nickname: "Chi-Raq". This song, actually, was originally from Lil Herb and Nicki Minaj, but on her remix, Dreezy managed to outshine the female rap star. Thanks to it, she expanded her horizons. Later in the year, she participated to Nodody's Smiling, an album from Common. And with her next singles, the syrupy "Close to You", with T-Pain, and the melodious "Body", with Jeremy, she started turning into a romantic R&B singer, instead of an advocate of South Side's abrasive and savage music. 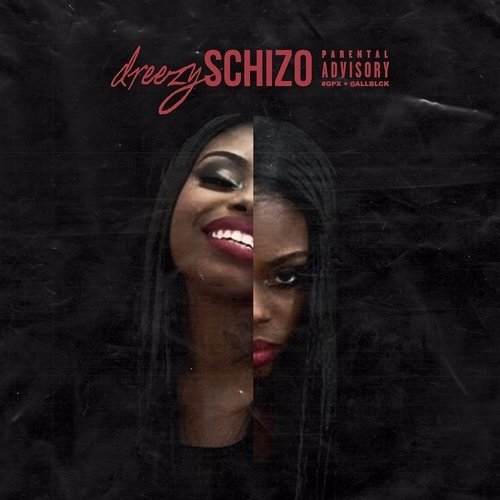 Maybe it was by accident that Dreezy became a drill rapper. This is only one of her many faces. Her first significant project, a mixtape she released just before "Chi-Raq", confirms this. It is named Schizo, and its working title was Seandrea Vs. Dreezy – after her real name, Seandrea Sledge. This lady, indeed, had different lives and personalities. Her parents being divorced, she lived as much in the 'hood, as in the quiet suburbs of Chicago. She was a studious pupil fond of poetry, but she also learned to live in the streets. Schizo shows both Dreezys, the nice and the wild ones. And there, she benefits from the work of Wadell Brooks, a.k.a. D. Brooks Exclusive, a guy as schizophrenic as her, since he is both a drill producer and a classically trained musician.

A few tracks on Schizo are on the sentimental side, like "The Realist". Dreezy can be a vindictive rapper, but there are also confessions there, as well as the R&B vocals of Ross Augusta. The same goes with the depressive "Schizophrenia", the spoken word of "Mind Game", or the biographical "Dreamer Pt. 2". And love, too, is a central theme. The whirling "Heard It All" is a romance, and "Up & Down" is an ode to Dreezy's perseverance and resilience. As for "Lonely", "Bad Habit" and "Truth Hurts", they are, on the opposite, about love stories gone wrong.

But other songs hit hard. Very hard. Like for instance "All the Time", "Break a Band", "Ain't For None" with its shouts, crescendos, and King Louie's presence – or Lil Herb's and Z Money's, in an alternative version – and of course the aggressive "Zero", she shouts first in solo, and then with the two other star ladies of drill music, her friend Sasha Go Hard, and Katie Got Bandz. It is on such tracks, when Dreezy raps with skills and morgue, that she is the most striking.

Though the most sensitive side of the rapper is not to be neglected, with solid songs such as "Bad Habit" and "Truth Hurts", the best Dreezy is the rawest one. By chance, even after she signed to Interscope, the rapper continued to bite, at times. By the end of 2017, in addition to the sugary "Close to You" and "Body", with tracks such as the deceptively slow "Spar", along with 6LACK and Kodak Black, she still displayed some rage, aiming at Donald Trump's America.