Female rappers seem to be numerous in Chicago, by the middle of the 2010's. Several among them became big names, on the drill music scene. And there are others, representing the other side of the city, its wiser, artsier, and more sophisticated one, the one animated by the likes of Chance the Rapper and Vic Mensa. Jean Deaux is one of them. Though she became famous through a sordid affair unrelated to music – she claimed that stylist Ian Connor had raped her – she is primarily a rapper and a singer. Her sweet voice, indeed, was heard on tracks from Mick Jenkins, Alex Wiley and her cousin Saba, as well as on others, with artists from other places like Isaiah Rashad, Mykki Blanco, and Smino, for whom she directed the video of the song "Anita". 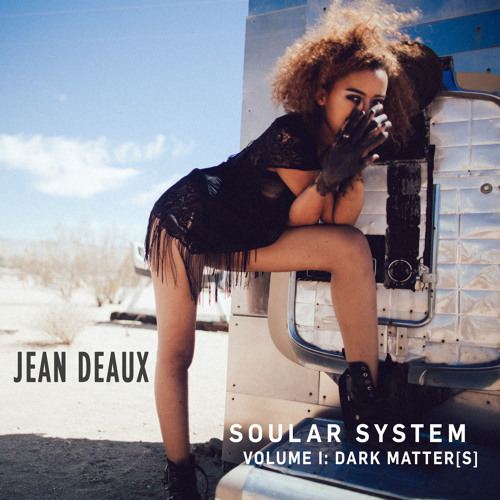 Jean Deaux, indeed, has multiple talents. Like others such as Lauryn Hill, she's been compared with, she is more than just a rapper. She sings, also, in other genres than the expected soul or R&B ones. The music she displayed on her free release Soular System Vol. I: Dark Matters, covers many domains. There is a bit of ambient music on "Motel 6", "Genesis", and "A Crow's Interlude", ethereal sounds that some who have called trip hop once, on "Kukka" and "Diamonds Interlude", some singer-songwriter piano ballad, with the beautiful start of "Who Am I", and a bit of guitar on "Voodoo". There is also some dance-pop with "Ghost", jazzy sounds delivered by Donnie Trumpet on "Birthday Suit pt. 2"), weird things like the mix of Bulgarian choirs and castanets heard on "Right Now", and even a dialog in French on "Who Am I".

If Jean Deaux absolutely needs to be labeled, the right category is alternative R&B. Her music is experimental more than backward-looking, and her lyrics, focused on depression, heartaches, emotional distress, or about the rape she's been a victim of, she alludes to on "Voodoo", belong to that world, more than to the bravados and braggadocio of hip-hop music. Only a few of her verses are proud and aggressive, like on "Right Now". And her lyrics are more sentimental and spiritual, than materialistic ones. And though, Jean Deaux raps. Not always, and in a whispered and almost spoken way. But she raps. The style she belongs to is just not her area of concern. And actually, it doesn't matter much, especially when, after a few abstruse tracks, she delivers with violins, a guitar, and in a crescendo, something as splendid as the great "Equilibrium".