For a few years, Rae Sremmurd has triumphed around the world with their playful and juvenile take on trap music. The duo, though, is not the first going that way. Another band did it before. And like them, they were misguidedly named as if they were just one person. With their many mixtapes released from 2009 onwards, when its members were still minor, the Travis Porter trio set new foundations to Atlanta's hip-hop. Along with Gucci Mane, they changed it into some goofy kind of gangsta rap, paving the way to Mike Will's protégés, as well as eccentrics like Migos. They too, should have been successful. But maybe it was too early. And they made the wrong choice, joining Jive Records in 2010, one year before that label closed its doors. 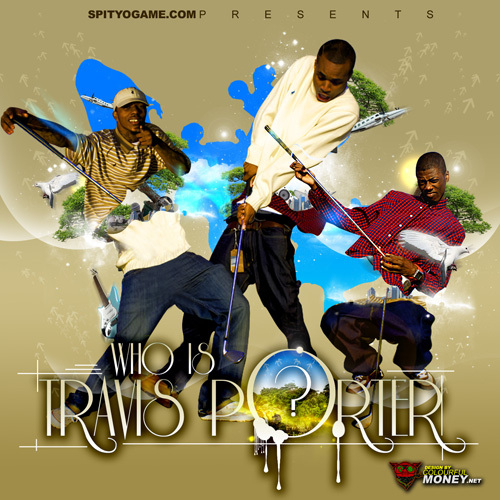 Who Is Travis Porter was their first mixtape. Much before it, the stepbrothers Ali and Quez, along with their schoolfriend Strap, all from Decatur, close to Atlanta, had already founded a band, the Hard Hitters, but their music was restricted to concerts, or strip clubs. Theoretically speaking, they were too young to be admitted into such places. Their music, though, was all about celebrating them. They might have influenced others, but Travis Porter was itself a descendant of the salacious 2 Live Crew, the key originators of dirty rap - as a matter of fact, a few years later, they would release a tribute to them, the 3 Live Krew mixtape. They took up the torch and reinvented this libidinous rap, contributing to the new popularity of the twerk dance.

That first release introduced the trio's recipe: their music sounded childish, due to their voices and their joyously infectious hooks, while their lyrics were about all components of the strip club world: money, drugs, partying and, first and foremost, girls. Travis Porter talked about the latter with humor, a licentious jubilation, and sometimes, a bit of sweetness. At times they were transported by the joys of sex and the night, or they talked languorously about times between parties, like with "Saturday Morning". But their life was continuously centered on clubs.

Who Is Travis Porter had none of the trio's future bangers, like "Black Boy, White Boy", "Go Shawty Go", "Make It Rain", "Ayy Ladies", and "Bring It Back". That mixtape, though, had enough of them, with "Who the Hell Is Travis", "All My Money", Spiffed Up", "Radio" and "Rollin Girl". Also, surprisingly for a band mostly known for its singles, it was quite homogeneous, and solid enough to find a place among the best releases of 2009; a year that, partly, had been theirs.