Though 1996 is generally considered as the start of the indie rap era, 1997 is the year of its classics. The first Jedi Mind Tricks album, The Psycho-Social, Chemical, Biological, and Electro-Magnetic Manipulation of Human Consciousness – yes indeed, its title was that long – is undoubtedly one of them. It is, actually, not too far from Funcrusher Plus, with its dark mood, unsettling sounds and obtuse lyrics. 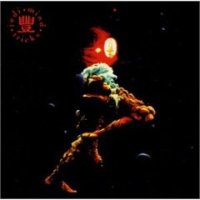 Originally available on vinyl only, the album disclosed a strange, slow and ethereal kind of hip-hop, the cryptic and sacrilegious lyrics of Vinnie Paz – by then still called Ikon the Verbal Hologram – and the supernatural production style of Stoupe the Enemy of Mankind. All 12 tracks proposed by these guys from Philadelphia shared a weird and suffocating ambiance. All over the album, Stoupe seemed to push to the extreme the Wu-Tang Clan formula: he sounded like a RZA under Xanax, being even more atmospheric and bizarre than the original. Together, they spearheaded some gothic hip-hop, full of pompous words and minimalistic beats.

With 'Incatrix', with "Omnicron" and its acoustic guitar blended with weird sounds, or with the Enio Morricone-like "The Apostle Creed", the group excelled at installing some uncomfortable malaise. The same went with "Chinese Water Torture", a track reminiscing of Company Flow's "Population Control" with its water sample. The Jedi Mind Tricks, also, liked eerie feminine voices; they used them without any limitations on "Books of Blood", maybe the most striking song on The Psycho Social…, thank to its infamous "Immaculate Conception" quote, borrowed from Pharaohe Monch. The group would even go deep into melancholy, with the plaintive "The Winds of War", and the great and final "I Who Have Nothing".

Whatever people may think about the Jedi Mind Tricks, and future albums they would dedicate to a more thuggish kind of rap, The Psycho-Social… needs to be considered as a classic. It predated indie rap's future developments. Some of their sounds, for example, announced the unorthodox rap of Anticon's weirdos – "Books of Blood", indeed, looks very much like some Deep Puddle Dynamics tracks. But nothing would ever reach such a level of emphasis – an emphasis which, depending on the view, is either the first JMT's weak point, or its greatest asset.