The wait was long, before Fatimah Warner's first project, Telefone, was disclosed. Released in 2016 only, it was first announced three years earlier, when Noname Gypsy – now just Noname – made a name for herself with her contribution to Chance the Rapper's Acid Rap mixtape. Quicker to feature on others' projects than to record her own, she also participated to Mick Jenkins's conceptual - and quite strong - The Water(s), and more recently to Saba's Bucket List Project, and to Late Knight Special, an album from New-York's rapper and producer Kirk Knight. 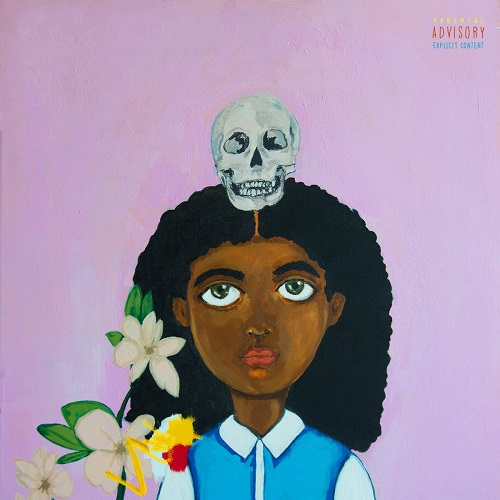 Chance the Rapper, Mick Jenkins, Saba… These represent Chicago's rap artsiest side, providing us with a good scent of Noname's kind of music. Coming from a slam and poetry background, she is light, intimate and articulate, and quite the opposite to a drill music rapper. This is visible as soon as with her first track, "Yesterday", where she questions the value of fame and money. Haunted by her grandmother's death, she wants to keep away from dangers like alcohols, ecstasy and partying, and her lyrics have biblical references. On "All I Need", also, she makes a distinction between what she desires and what she needs. And when she stops sharing moral thoughts, she talks about love's pitfalls, like with "Sunny Duet", with R&B singer TheMIND.

Her music is on par with her lyrics: it is deeply rooted into the African-American legacy. It is, indeed, made of sweet and erratic jazz, full of delicate pianos, xylophones, handclaps. It also has singing melodies, vocal harmonies, and a bit of gospel with "Shadow Man". Also, like with Chance, what Noname calls a mixtape is indeed a true album, recorded with science and care. Short and dense, Telefone is a well thought thing, articulated around a clear concept: the phone conversations which mattered in her life. No surprise, then, if Noname's rhymes look more like a lighthearted discussion, or poetry recitations, or sing-songs, than to real raps.

The similarities with the man who made her famous are obvious. However, Noname is more than just a feminine version of Chance the Rapper. Even though the right codes are there, like her reference to Nina Simone on "Freedom Interlude", she is much more than a conscious rapper. Yes, for sure, with "Casket Pretty", she criticizes the brutal, discriminating and murderous side of Chicago, the one which birthed drill music. Nonetheless, per the cover art – a funny self-portrait with a skull – her most sinister themes are handled with a joyous tone and a naïve sound, as if she was translating into music the end of her childhood's optimism.

On "Diddy Bop", indeed, one of the record's best track – featuring Cam O'bi and Raury – Noname reminisces about her happy childhood, despite the violence and dangers of the ghetto lurking in the background. A similar contrast is observed with the very melodic "Shadow Man", where she pictures her funerals. The same goes with "Bye Bye Baby". At first glance, this song looks like an anthem to her baby, but it is in fact a song about Noname's abortion. Telefone, actually, is a coming-of-age album, exactly like there are coming-of-age novels. It is the story of a young and ingenuous lady, confronted to a difficult world. It is about the loss of innocence.