Lady Leshurr is part of those who, recently, benefited from the grime resurgence. Along with others like Skepta or Stormzy, this British rapper caught the attention of her American peers over the last few months, with her "Queen's Speech" freestyle series. The fourth of them even made it to a Samsung commercial, exposing her to a large audience. And in recent interviews, she mentioned potential collaborations with US heavyweights like Bangladesh and Timbaland. 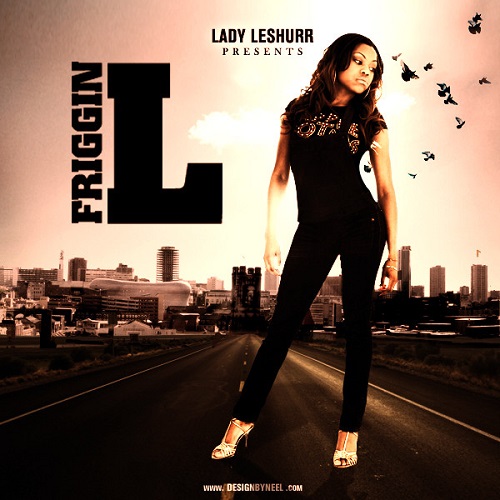 It is not the first time, though, that Lady Leshurr looks like a rising star, or that America pays attention to her. It happened already by 2011, with her third – or maybe her fourth – mixtape: Friggin L. This was such a defining release for her, that she would name her own clothing brand after it. That mixtape was primarily noticed through her own take on Chris Brown's "Look at Me Now". Her video was a parody of the original one, and it buzzed significantly on the Internet, catching the ears of people like Lil Wayne and Trey Songz. Lady Leshurr's notoriety expanded even further a bit later, with the success of her single "Blazin’", a collaboration with the production duo Torqux. By then, she had been proposed attracting deals by major labels. But she declined such offers, apparently unhappy to be positioned by them as a rival to Nicki Minaj.

This background story is telling us something about Lady Leshurr: her music has a strong US appeal, even if she is associated to the UK grime scene. After having been an actress in a movie about gangs (1 Day) around 2009, and relocated to London, she'd been acknowledged by grime rappers as one of them. Actually her style, made for a large part of freestyles delivered in double time on IDM-sounding music – she even collaborated with electronic music veterans like Orbital – was quite close to theirs. However the citizen of Birmingham, Melesha O'Garro was, had been primarily influenced by the likes of Eminem, Missy Elliott and Busta Rhymes, in their most extravagant times. As a result, her music was full of such American influences.

This is obvious on Friggin L. This traditional kind of mixtape – it compiled freestyles delivered on existing materials – did not only appropriate the music of Chris Brown. As early as with the first track, with her impressively fast flow, the rapper rode Rick Ross' anthological "B.M.F". She did the same with Lil Wayne and Cory Gunz's "6 Foot 7 Foot". And then, with "Pizzin' on 'Em", putting aside her typical style of rap, she imitated Nicki Minaj's in a convincing way, with her own "Did It on 'Em". It was only at the end, with "Touch a Follow Button", that Lady Leshurr recalled where she was from, when, as an Englishwoman of Caribbean descent, she switched to dancehall music, or when she turned 100% grime again, on Tinchy Stryder's "Game Over".

It was the second time that Lady Leshurr played with that track. She had done it one year earlier. Along with a bunch of other UK female rappers (Cherri V, Ruff Diamonds, A Dot, Envy, Lioness, Baby Blue, RoXXXan, Mz Bratt), she had used it to deliver a powerful feminist anthem. But this time, with the Friggin L mixtape, it was her personal manifesto that she delivered.