According to some, Eternia is the best female rapper in Canada. Whatever the truth is, this woman from Ottawa looks exactly as expected, from a Canadian hip-hop artist: she is white, her lyrics are on the conscious and progressive side of the genre, and her sounds are deeply rooted into New-York’s backpacker style. Actually, she has collaborated with a few underground heroes like the Demigodz, the Atoms Family, or Moodswing 9. Silk-Anne Kaya, also, is a feminist. Her lyrics, as well as her public activities, go into that direction. For example, she launched a campaign named "My Favorite Rapper Wears a Skirt" (including a series of t-shirts bearing this slogan), targeted at the sexist stereotypes the music she practices is full of. 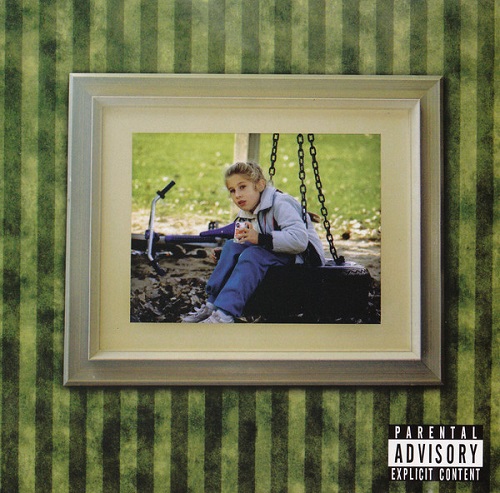 It’s Called Life was Eternia's first album, and it was nominated to the Juno Awards, a local equivalent to the Grammies. That says a lot about Canada's pecularities. This could have hardly happened on the other side of the border, indeed, with such a release, which guests list somehow looks like a page from New-York’s underground Who’s Who. To support her, indeed, the Canadian rapper had invited Wordsworth, Freestyle from the Arsonists, and Helixx C., a member of female collective Anomolies. Also, quite expectedly, her music complied with the cannons of 90’s East Coast rap: it was full of loops, samples, scratches - DJ Dopey's on "Family" - and well-chiseled raps. Lyricism mattered, with this lady, who even went the spoken word way on the track called "Death". It mattered so much that she was a bit too verbose, at times.

Eternia, indeed, had plenty to say; personal confessions, mostly, as hinted with the record’s title, and its cover art, a picture of her as a child. Each track was named after a key subject matter, and gave way to intimate thoughts. The most obvious example was "Love", the album’s central piece. There, with a hook sung by her sister Jessica, the rapper showed affection for her mother, who had been abused by her husband. This track was so remarkable, that Amnesty International would use it later on, to support a campaign about violence against women.

This was not the only autobiographic song on the album. On "Control", for example, Eternia questioned how a previous partner, a control freak, had poisoned their relationship. "Time" was a different track, where she went all philosophical, but it was still quite cerebral. She also boasted about her resilience, or about her ability to overcome adversity, like when she assaulted her haters, on "Hate". And on "Evidence", a track based on a sample of the Beach Boys' "Good Vibrations" – yes, that could work... – Eternia battled for a place in the hip-hop world, while sharing a bit of contempt for the star of the times – still a star today: Kanye West.

Eternia found her place, indeed. Sure, it is not commensurate to Kanye's, but still. A few years later, through her collaboration with MoSS, a fellow citizen, she became part of Canada’s musical landscape, and when she joined cult label Fat Beats, a respected member of hip-hop’s underground. She also became an apostle of feminism, talking in schools and seminars, working with same-minded colleagues like Jean Grae, Tiye Phoenix of the Polyrhythm Addicts, and a few others. In other words, Eternia was an ambassador for this style of rap, loyal to boom bap and full of social considerations, though not always as innovative as it pretends.