By the early 2010's, Nocando was the last heir of the Project Blowed – and beyond it, of a large part of the West Coast indie rap scene. He had been the penultimate winner of the Scribble Jam, and a founding member of the Low End Theory parties. He was also at the very core of the Fresh Coast Movement, a fellowship of virtuoso rappers from the Pacific Coast. And he had created the Hellfyre Club, the last refuge for L.A.'s underground hip-hop scene. Last but not least, his own releases were far from negligible, especially Jimmy the Lock, his first official album. 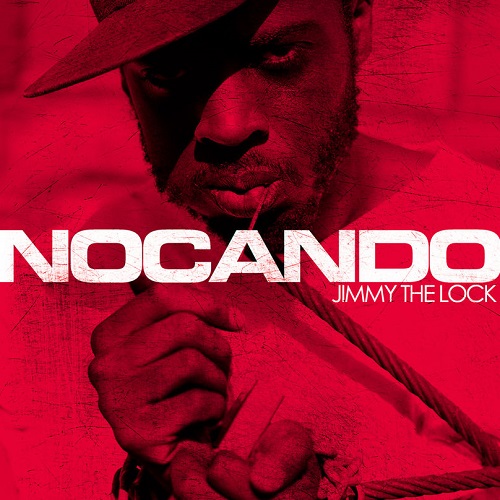 With its guest list, this record showed that Nocando had become the very center of the Californian underground. His friends Busdriver and Open Mike Eagle featured there, as well as a collection of producers, Nosaj Thing, Free the Robots, Daedelus and Nobody, keen on exploring weird electronic sounds, in the Low End Theory way. In addition to these, Thavius Beck was there, as well as some Maestroe, and Nicholas Thorburn, a.k.a. Nick Diamonds, a Canadian known both for his indie rock – he has been the leader of the Unicorns and Islands – and indie rap – he had worked with El-P – contributions. And also, with their cuts, some DJs were paying a tribute to the hip-hop tradition, like D-Styles, The Gaslamp Killer and DJ Zo.

Of course, with so many people, and because it moved from electronica to pop, or to real raps, his album was eclectic, and sometimes a bit unsettling. The electronic sounds, more particularly, were sometimes hard to swallow, as usual when hip-hop decides to turn arty and to go glitch, dubstep, or whatever genre is the favorite of the day with hipsters. Jimmy the Lock had some great tracks, though, like with the Nosaj Thing produced "Head Static", the joyride through L.A. described on "Exploits and Glitches", the soul-infused "I’m On" and its twirling beat, typical of Thavius Beck. And "Two Track Mind", another song produced by the latter, was nothing but a banger. It featured Busdriver, who had recently convinced himself that he should sing; and curiously, it worked perfectly well.

But the most remarkable, with this heterogeneous album, was the flow of Nocando, who delivered the agile but authoritative raps to be expected from a battle MC. Also, as indie as he could be, he could talk as well about money, chicks, sex and parties. He could represent the dirty, raffish, unapologetic and dangerous sides of rap, the most captivating of all. Despite the vain experimentalism where, sometimes, the Low End Theory people would tend to lose themselves, he was, at the end of the day, the safest bet among the Project Blowed rearguard artists.