Rap is no longer the light-hearted music it used to be, a while ago. Neither its conscious side – or what is left of it – nor the materialistic and violent one, radiate with joy and happiness. Even the most hedonistic kind of rap, the one tailored for clubs and dancefloor, is more about debauchery, drug addiction and mental disorders, than about passion for life. Even when it is all about power and success, it smells badly of revenge and competition. And so, when in 2015 Kamaiyah released "How Does it Feel", this single was received like a bowl of fresh air. There, in a jaunty way, the young woman from the city of Oakland – more than ever the beating heart of the Bay Area hip-hop scene – was looking for light and happiness, in the middle of a dark world. She talked about enjoying simple pleasures, in a context, poverty, not made for them. 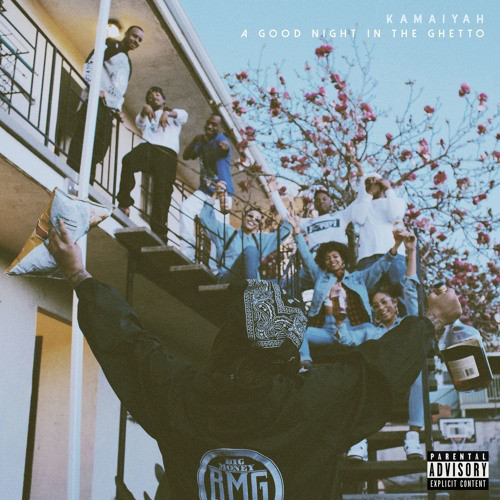 That subject matter, almost a state of mind, the rapper developed it on a mixtape, the well-named A Good Night in the Ghetto. On it, Kamaiyah introduced herself as a heir to her models, TLC, Missy Elliott, Lauryn Hill, women like her, whose music, in the 90’s, was still light and groovy. As soon as with the first track, the catchy "I’m On", Kamaiyah was in the same mood as on "How Does it Feel", reusing its motto: "how does it feel to be rich?". Her epicurean stance was also visible on "Mo Money, Mo Problems", a pleasant and innocent ode to material pleasures, and "Ain't Going Home Tonight", a track about good times spent riding cars. "Freaky Freaks" was about drinking, and "Niggas" about sexual freedom. And love, once again, was the one and true sentiment on "Come Back". One song only was pessimistic: the conclusive "For My Dawg", a tribute to a dead friend, and to another one, suffering from a cancer. This man, actually, one of the guys pictured on the joyous cover art, would die shortly afterwards…

As said above, the rapper’s influences came from old times. Her music was deeply rooted in her own California’s g-funk, thanks to its funky and vintage sounds, and a few sirens. But it was also very much contemporary, due to the presence of some rhythms and routines coming from ratchet, a style whose big star, YG, featured on A Good Night in the Ghetto. He was its only famous guest, the others being unknown rappers from Kamaiyah’s own collective, the Big Money Gang. The man from Compton participated to her song "Fuck It Up". And recently she returned the favor, with her contribution to his own Still Brazy album, along with Drake. Considering this, and also the quality of this project, Kamaiyah should leave her dear ghetto soon. She should enter the big league and enjoy new kinds of pleasures, those related to fame.