The Cold Vein was the first important album released by Def Jux, and the first El-P, the label's founder, had entirely produced since Company Flow broke up. In addition, it had been heralded by two striking singles, "Iron Galaxy" and "Straight off the D.I.C.". Due to this, it had been expected with lots of hope and anxiety by the underground sphere. And it would not disappoint it. Actually, this record would be the very climax of the indie rap movement. By 2001, after lots of stirring in the shadows, this kind of hip-hop had finally reached a certain amount of visibility and interest, in the media. And music critics would love the first album of Cannibal Ox. 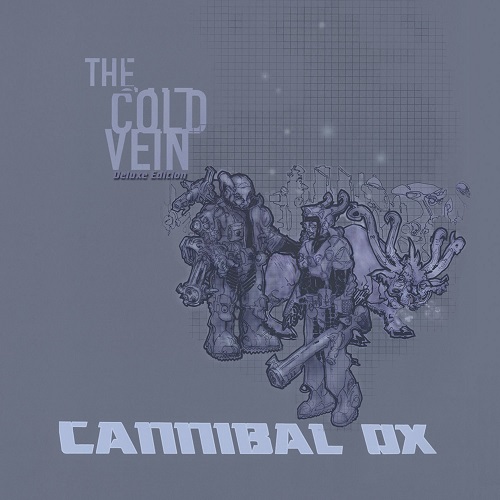 The Cold Vein had a key strength: it was able to captivate all of the very diverse – and sometimes antagonistic – tribes the indie world was made of. For the purists, those who refused the death of New-York's hardcore rap, Cannibal Ox offered a way to pursue their journey: the lyrics of these two Black men from Harlem were still deeply rooted in the street. They opted for the cold violence and blackness of Mobb Deep. Their paranoia, fantasies and abstraction reminisced of the weirdest moments of the Wu-Tang Clan, some of these days critics would rightfully notice.

Those horrified with the materialistic excesses of mainstream rap, who expected from indie rap some more mature and socially conscious postures, would like their lyrics fully devoid of sexism and bling-bling. Vordul and Vast Aire, indeed, cared about the outcast and the underprivileged, they would compare to pigeons on the homonymous track – maybe the best on the record. And when they talked about drugs, it was to depict its dangers and deadlocks; on "Painkillers", indeed, narcotics were the dreadful remedy the deprived used, to fight a greater evil.

To those nostalgic of subtle and virtuoso lyrics, Vordul offered acrobatic rhymes. And though his delivery was slower, Vast Aire was even more impressive, with his warm voice, and his talent for abstraction. Both men, actually, liked concepts and figures of speech, for example when the bird metaphor of "Pigeon" was followed with another one, a bonus track the tradition has named "Scream Phoenix", and which was its complete opposite: inspirational, ambient, and electronic, while the previous one was more pessimistic, bitter and largely influenced by rock music.

Weird electronic music, or abrasive rock guitars: the prog rap style of El-P offered all of this to The Cold Vein. And hipsters - people who like hip-hop only when it complies to its own terms - just loved it. They were fascinated by Cannibal Ox. The duo, actually, had the largest and most diverse audience ever captured by indie hip-hop, before the genre broke up and disappeared. Consequently, The Cold Vein's few flaws and boring moments didn't really matter. It may not be the best album of the indie rap era, but it is more than that: it is the indie rap era itself.