Young Thug was one of the best rappers in 2013. He was one of them as well, in 2014. And it will probably not change in 2015, considering the growing attention of the media. As a matter of fact, it is now set: Thugger could be the man of the decade, the one who redefined the rap game, exactly like his champion prior to him, Gucci Mane. And exactly like his idol, his role model, the one who inspired his crazy and drug-infused kind of rap: Lil Wayne. Young Thug, indeed, his Weezy's most obvious successor, especially since his previous mentor, Birdman, made the Atlantan his new protégé. To make the point, he titled his album as if it was a new edition of the Tha Carter series. Due to Lil Wayne's intervention, he just had to switch from "c" to "b", which allowed him to highlight his affiliation to the Bloods, along with the red cover art. 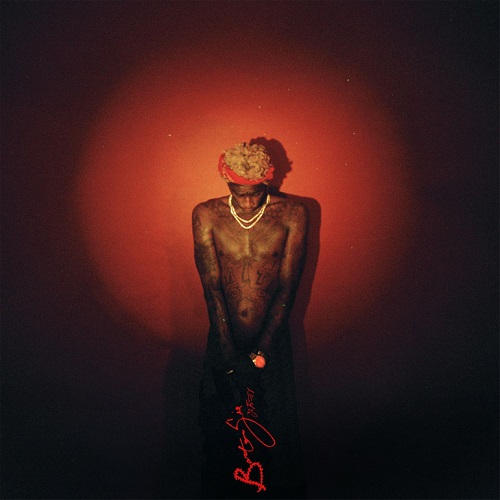 All the recent mutations in Atlanta's trap music are on Barter 6. Young Thug is not the sole initiator of such evolutions. But with him, they look fully accomplished. The background is the same as ever, it is all about drugs, crime, money and sex, but the meaning is barely intelligible. The rapper proves wrong those still thinking that rap music is about verbiage and messages. It is through the versatility of his tone, and the easy way he moves from one flow to another, that he draws attention. It is also through the many changes in his voice, which can be plaintive, mumbling, all onomatopoeias, or to the opposite much firmer. Also, more than ever, Young Thug blurs the border between rapping and singing. It is neither nor. It is something else. It is different. It is maybe the ultimate iteration of America's black music, the end of its long story.

It is even more obvious now. The Thugger on Barter 6, indeed, is more measured, more polished, and calmer, than previously. He is a new one: Birdman's Young Thug. He is the one already disclosed on the Rich Gang project, which put an end to the whirling synthesizers of the past. The frantic and overexcited rapper of 2013, the crazy and hysterical howler of 1017 Thug and Black Portland, is in a closet now. He is still weird and possessed, but he sounds more controlled, as if he wants to put some order to his music, now that success is within his reach.

Maturity, it is known, is the worst enemy of music. But in Young Thug's case, that doesn't matter much. Barter 6 is not a revelation like 1017 Thug was. This can only happen once. It is more comparable to subsequent releases like Black Portland, The Tour, Part 1, and Young Thugga Mane La Flare, the mixtape he released with Gucci Mane: less rich, less bright, and with fewer striking moments. The excellent "Check", produced by London on da Track, is one of them, and a new demonstration of the rapper's plasticity. "Dome", a crescendo featuring MPA Duke, is another one. And the haunted "Just Might Be" closes that Barter 6 perfectly well.

Other tracks deserve to be noticed, though they are not as strong, like "With That", with some of the bizarre interjections the old Young Thug was known for, the rambling "Can’t Tell", where he is on par with T.I. and Lil Boosie, and the melodic "Numbers". The rest is more dispensable, like the lazy "Amazing", contrary to what johnnies-come-lately, those better convinced by the newly civilized Young Thug, are pretending. But who cares? Whatever the final judgment is about this new release, all bets are off: this rapper is one of the most important of the 2010's.