Live at the Future Primitive Sound Session is one of the records which, by the end of the 1990's, played a significant role in the rising popularity of the turntablist movement. Recorded live in 1997, in San Francisco, by two key DJs of the Californian indie hip-hop scene, it became one year later an album in good standard, at a time when cassettes were the default format for these kinds of DJ releases. Also, it benefited from the relative notoriety of its two instigators. 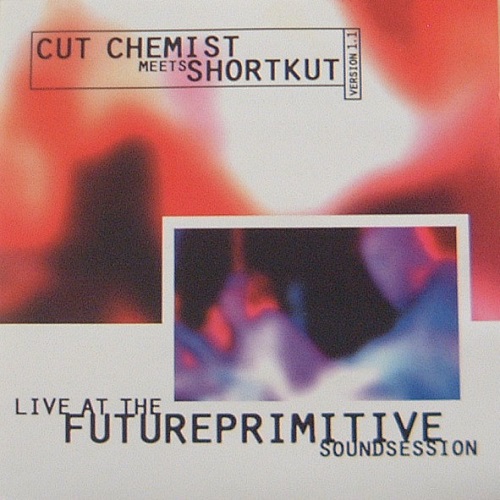 Lucas MacFadden, a.k.a. Cut Chemist, had already played a part in several bands, Unity Committee, and then Jurassic 5, a key group in Cali's underground hip-hop scene by the end of the 90's, and also Ozomatli, a seven musician combo, fond of crossover experiments and Latino-oriented influences. He was also a frequent collaborator of DJ Shadow, whose fame had grown far beyond the West Coast Underground. As for Jonathan Cruz, a.k.a. Shortkut, he was a central member of the turntablist movement, having belonged to all three fundamentals bands of the Californian DJ scene, the Beat Junkies, the Invisibl Skratch Piklz and Triple Threat.

Delivered jointly by these two turntable virtuosos, the milestone that Live at the Future Primitive Sound Session was, had some anthological times. One of them was the astute remix of DJ Shadow's "Number Song", they had augmented with furious scratches, some beatboxing, and samples from Eric B et Rakim's "Make Em' Clap To This". Another one was the playful "Lesson 6: The Lecture", also available on Jurassic 5's first EP, a follower to "Lesson 4: The Radio", a track Cut Chemist had released previously, when he was a member of Unity Committee, and itself a follower to the "Lessons 1-3" of Double Dee and Steinski, two forerunners of the turntablist movement, in the 80's. As for "Ready on the Right", it brutalized in an exhilarating way the Ultramagnetic MCs excellent "Feelin' It", and "You Don't Stop" was moving words from the Beastie Boys to a more atmospheric ambiance.

These tracks stood out, but the whole album was great. Through it, the two DJs were offering a satisfying cocktail of wild scratches, but at the right dose, without excess. Their roots were strongly and firmly hip-hop, as proven by their old school flavor, and their samples of classics like "Planet Rock", but Shortkut and Cut Chemist also excelled at using standards or rare songs from other genres. Also, one of the record's strengths was its album-like consistence, and its ability to conciliate this with the fundamentally playful nature of turntablism – actually, the word "party" was mentioned multiple times. It fully preserved the spontaneity of this kind of music, primarily designed to be heard and experimented live.