A key character in the West Coast Underground scene since the 1990's, when he was a member of Log Cabin – a cult band which would give birth to the Living Legends - and later on a Shape Shifters affiliate, Radioinactive had tried everything, with his supersonic and multisyllabic flow. His first album had been terribly lo-fi (Fo' Tractor), the second one had mixed pure genius with unbearable fillers (Pyramidi), and his joint project with Busdriver and the beatmaker Daedelus (The Weather), despite a few anthological bangers, was not fully satisfying. 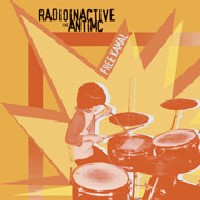 These records, actually, never did him justice; too often, they spoiled his talent. This had been true, until the time when, with some support from his old friend AntiMC, he managed to release his opus magnus, an album full of potential hits, and globe-trotting and open-minded hip-hop, and which, had the rapper been more fortunate, could have conquered much more than the Shape Shifters fans' hearts. Never, indeed, had this underground and Californian genre of rap sounded so appealing. Thanks to Radio's free-form emceeing and AntiMC's catchy beats, this record was a heresy to any hip-hop purist, but you could have shared it with your grandmother, without any restraint; she could even have loved it.

This was not a chemically pure kind of rap. It was too much influenced by pop, or even world music. Both artists complied literally to their own principles, shared with the first track: "don’t be in a clique, don’t be in a crew, don’t be pigeonholed, have no genre". They felt allowed to try anything, any idea, like the bouncing bass on "Movin' Truck", the suave and tropical songs on "With Light Within", the "Police and Thieves"-like reggae of "First World Justice System", the furious acoustic guitar on "Stop Me Equals Death", the synthesizer on "Running with Scissors", the ecstatic and British sounding "Folding Dirty Laundry", or the musical arabesques of the superb "Magnets" – maybe a new allusion to Radioinactive's Egyptian origins.

All the beats were as crazy as the raps of the record's key player; they were as delirious as the surrealistic lyrics declaimed at full speed by an eloquent Radioinactive. With the help of Mush Records, and its European distribution, it was the perfect opportunity for a larger audience to discover in a free format, the rapper whose real name was Kamal Humphrey de Iruretagoyena; to see him freed from any rule, any constraint; and though, more significant than ever.