Until now, Young M.A. hasn't done much. She only released a few songs of her own, and mostly focused on freestyles. It is actually through one of them that her name started buzzing. Built on Nicki Minaj and Lil Herb's "Chiraq", rapped along a few of her RedLyfe PainGang buddies like Rell Markz and LA Danger, and renamed according to her borough, "Brooklyn" was a viral success. Thanks to it, the New-York rapper joined the historical Duck Down Music label – which was somehow logical considering this young woman's brash, virile and intimidating kind of rap. 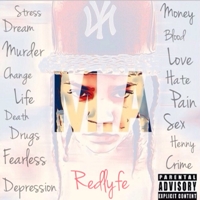 Released in March 2015, M.A. The Mixtape isn't her first project. Prior to it, there's been another mixtape, Sleep Walking, supposedly followed by an album, Herstory. Originally scheduled for the summer, the latter was actually not released, which is why we should content ourselves with this compilation of rarities and freestyles delivered on some of today's hits, like Young Thug's "Danny Glover", Bobby Shmurda's "Hot Nigga", Meek Mill's "Levels", Que's "OG Bobby Johnson" or Drake's "6 God".

Each of these track already proved its strength, musically speaking, and Young M.A. ripes the mic with each of them. Unsurprisingly, then, this is quite good. However, even more encouraging, her original tracks are equally strong. Some are just a way for the female MC to demonstrate her rapping skills and her ability to rock the mic, like "Bod Bag". But a few others are quieter and more emotional, like "Dear Bro", and the very melodic "Girlfriend", which could have been just another Auto-Tuned gangsta romance, if it wasn't about the love of a woman for another.

Young M.A., actually, talks proudly, and several times, about her homosexuality. And in most situations, it is not as tender as "Girlfriend". Her freestyles address bitches and hoes with the same harsh and brash words as most male rappers, when they talk about sex. Her gangsta tomboy pose and her verbal versatility have nothing to envy to her masculine peers; they are actually what makes her so noteworthy. But she has even more to show, as demonstrated with great songs like the hitting "Act'n Up", the nice storytelling of "Plottin'", and bangers like "No Trust". They all herald the best. They prove right the words she starts "Pain" with: a lot of these niggas don't know who I am, but they're gonna find out very soon.