For Toca, serious matters had started in 2004, with one of these CD-Rs Cali's indie rap scene was fond of, by these times: a rock and rap crossover record named Dancing with Skeletons. Later on, the band had promised a real album, but it took months, and then years, before anything was released. The group's members, however, were still active. The Ramos brothers, for example, started releasing solo albums. In 2005, the quartet had even proposed one of their tracks to the Project Blowed 10th anniversary album. And in 2006, net31 was supposed to publish the album. Unfortunately, shortly afterwards, this small label had ceased to exist. 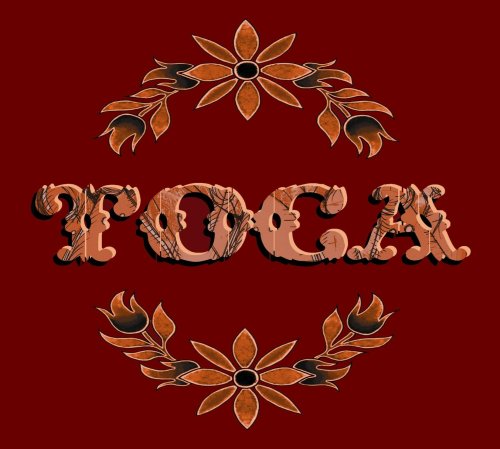 But finally, in May 2007, here we were: Toca's album had finally been released, and it was meeting all expectations. Mixing rock with rap was far from uncommon in the indie world; but here, the crossover was approaching perfection. It sounded normal and natural; it was very well managed. Spontaneously, easily, Toca was mixing on one single record more than 40 years of popular music, from the Beatles to the quick raps of the Project Blowed, including other things like 80's synth pop.

Choirs, English or Spanish lyrics, crazy flows, bombastic brass sounds, latin guitars, punk bloodshot or nice melodies: here, all was melting with everything. Jazz, reggae, funk, or even music-hall sounds were also solicited, sometimes on one single track like the well-name "Nice Try", making it all the spiciest, giving birth to plenty of potential bangers like "Toca Cant Dance", "Liar", "Ship Sinking", and the ecstatic "Hearts and Gold", with Busdriver, Pigeon John and Ellay Khule.

Since 2004, the band had acquired two new members, the musicians Max Heath and Danny Levin - the latter a collaborator of the greatest rock 'n' roll group ever, Built to Spill - and these reinforcements had helped Xololanxinxo, Tommy V, Ceschi and David Ramos perfecting Dancing with Skeletons' recipe. It was obvious with two recycled tracks. They had already been the best on the first album, but now, they were even better: now renamed "Joyful Misery", "Joy Fool Misery" had become more punk, and it included some thoughts about the happiness obligation in modern societies; as for "Where are You?", it was changed into a magnificent "Ship Sinking", less fragile but more powerful than the original song.

This first official album from Toca, actually, only had one flaw: except maybe with the low profile but beautiful "Irreplaceable", it lacked the most fragile side of Ceschi's ’'They Hate Francisco False'' album. But all the rest was there: the hits, the consistence, and Aceyalone, Existereo, Lucky.iam, some of the very best rappers in the West Coast Underground. It was full of creativity, and it reached a perfect balance between tradition and modern relevance. In a nutshell: it was exactly as expected. Sometimes, it can be great not to be surprised.