In 2001, when Def Jux had released Cannibal Ox's The Cold Vein, the label had been at its height. With this record, it had definitely established its fame, notoriety and credibility. It had become the main herald of the indie rap era, impacting an audience not limited to hip-hop. However, no-one on this album was a complete unknown, for those who had previously scrutinized the rap underground. 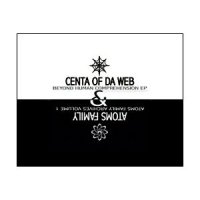 No need to add anything about El-P, of course. Having just put an end to Company Flow, the rapper and producer was already, by this time, an underground legend. As for the rappers Vast Aire and Vordul, they were not newcomers neither. A few years before, indeed, they had integrated a remarkable NYC collective, a huge fellowship of approximately 30 members, called the Atoms Family, who had released, a few months before The Cold Vein, The Prequel compilation.

This record, though, was not a masterpiece. So that we find the most important work previously released by these folks, we need to go back even further in time, to 1996 and the EP Beyond Human Comprehension. This was the release of 3 future funding members of the Atoms Fam, the beatmaker Da Cryptic One, Molecule and Whichcraft, a.k.a. Centa of da Web. After Cannibal Ox's critic success, it would be rereleased as a CD, in early 2003, together with the first record under the Atoms Fam name, the much less exciting Archives Volume One.

Let's dampen straight away any exaggerated enthusiasm: Beyond Human Comprehension was a good record, it deserves to be known, but it is not a classic. It is, above all, a historical document. It goes back to the origins of indie rap, to its genesis and the times when Co-Flow, the Juggaknots and the boldest Fondle’em releases were progressively changing mid 90's East Coast hardcore rap into something new, more focused on weirdness, science fiction and experimentalism.

Here, we could hear the beginnings of a more suffocating kind of rap, leaning toward complexity and dystopia. The lyrics were delivered in one breath, in a robotic way, and they were full of strange words coming from scientific books, space opera anthologies or super-hero comics. The rhythm was abnormally slow ("Outer Regions"…), and the heavy drums contrasted strongly with the quick flows. And the beats were eerie, full of layers ("5 Lil' Pumpkins"), mistakenly quiet pianos ("Zone 2 tha Tone"), and scary thriller music ("Ill Visions", "Outer Regions").

The voices were still those, very deep, of angry Black men out of the street. They were not too far from the most hardcore hip-hop of the mid 90's, like with the martial chants of "Brainstorm". But there was already something close to the most extreme tracks of Funcrusher Plus, or the Jedi Mind Tricks' Psycho-Social. Actually, "Most can’t Comprehend" had the same Organized Konfusion sample, as one the JMT would brillantly use. This made perfect sense: between the hallucinated raps of Monch and Prince Po, and the alien indie hip-hop of the Y2K, there was only one small missing piece, which may perfectly have been this EP from Centa of da Web.