The Red Ants have never been top players, in the hip-hop underworld. With their conscious and somber kind of rap, Modulok and Vincent Price were sometimes much too much into darkness. With its martial tone, its banging and noisy beats, its science-fiction imagery, its anti-capitalist stance and the red color of anarchy on the cover art, Phobos Deimos, their first album, had not been the subtlest indie rap album ever. But still, some of its tracks like "Lot’s Wife", "Incendiary Objects" and the great "Future Imperfect", had been particularly efficient and impactful. 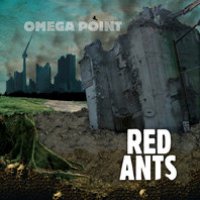 With their next record, it was more or less the same thing. The cover art displayed a cataclysmic landscape. The sounds were cold, sinister and threatening. The rhythms were all heavy and pounding. There was some science-fiction theme again, including an allusion to George Zebrowski. And Modulok was still declaiming his paranoid lyrics as if Armageddon was for tomorrow, digging into conspiracy theories ("Keep Your Satellites out of My Brain", "Psychic Dictatorship"), assaulting wack MCs ("A Kind of Grim") or, coming himself from the poor and dangerous, criticizing the romanticism in the gangsta posture ("Dirty Space Alchemy").

Once more, the Red Ants punched us with their violent kind of rap, and a fury not too far from Dälek's. That comparison was evident. Both groups shared the same political engagement, an appetite for noise, and the same electronic and industrial music influences. It was obvious, also, through Modulok's propensity to stop rapping at times, and let the music breath; or, on the opposite, for his ability to suffocate the listener. Sometimes, the similitude with the Newark band was even more striking, as with the huge bass and the wall of sound on "Amplification".

And finally, it worked well. The Red Ants' second album was close to the first one, but with some greater songs, less boring tracks, improved and more atmospheric sounds, and better rap skills. Because of the constantly alarmed and admonishing raps of Modulok, the formula seemed sometimes overdone, but not too much. And some of the tracks, like "A Kind of Grim", were close to being bangers. Three years after Phobos Deimos, which had left many of us doubtful and uncertain, Omega Point swept aside any remaining reluctance, regarding this duo from Ontario.