Thanks to psychedelic rapper Noah23, Plague Language had become, by the early 2000's, one of the most representative labels of the artsy side of Canada's hip-hop scene. Thanks to the indie rap community, it had become a bit more visible to people from abroad. Also, as a matter fo fact, the label's managers had not limited themselves to their home country. One of their members at least, Penny Dahl, was not coming from the cold surroundings of Toronto, but from San Francisco. 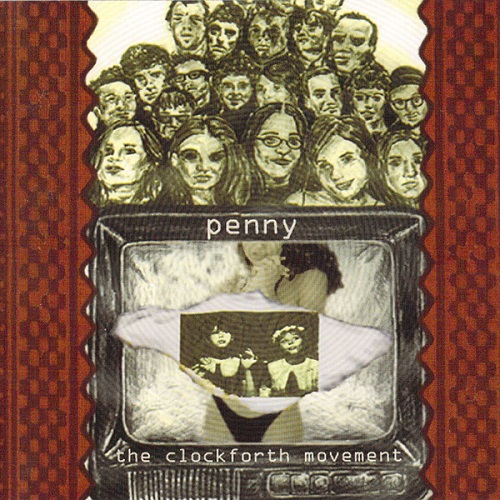 You could hear it. This young lady, indeed, shared with some people from hip-hop's West Coast Underground – for example, rappers from L.A.'s Project Blowed or Shape Shifters collectives – a strong taste for supersonic raps, and a volatile flow and tempo, which could slip almost imperceptibly to sing-song or, on the contrary, to spoken word. As for the lyrics, they were sometimes obtuse and cryptic, and much more inclined to introspection, than to rap's usual braggadocio. The rapper also approached some serious subject matters, like with Noah23 and Troubadour, when she talked about the society's expectations toward women.

The strengths of The Clockforth Movement, though, were not limited to the verbal and writing skills of Penny. Framed by a collection of barely known underground producers – Wes Bonifay, Rajbot, and Manicdepressive and Ognihs of the Suspended Animators – and built for a large part on acoustic guitar samples, with a few ethereal sounds here and there, the beats fitted well the Californian's fast flow. These were very short – very short, the album lasting less than half an hour – songs, all complex and creative. They defied conventions, but they were catchy.

You really needed to be in a mad mood to dislike tracks like "Thisorder", "Parents" and "Air Drops", or to despise the smart, touching and sometimes funny tracks of the rapper. Truth be told, The Clockforth Movement was far from perfect; a demanding listener, indeed, could notice a weaker last third of the record. Its conclusion, though, "Penciled Cursive-Red", with its sample of Nick Drake's "Day Is Done" all strengthened with drums, would sweep aside all concerns, and absolve Penny, a rapper whose first album, let it be said, was nothing else than irresistible.