Released in 2002, Musicide, Nobs' first album, had some highlights, like "Fair Weather Song", or "Idiot Box". But this was not enough for distinguishing this man – a rapper close to Phlegm's Brad Hamers – from the multitude of Internet MCs emerging from the indie world, around this time. With Workin', however, it was different. Even if Nobs didn't change anything to his formula – this was still the posture of the angry underground White MC, unhappy about the world, unhappy about himself – this record proved to be much better than the one before. 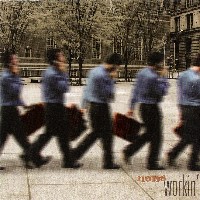 Sometimes, the rapper was infuriated. With a striking virulence, he was against the radio ("Radio"), against labor exploitation ("Work"), against the US foreign policy ("I Sing Happy Birthday with Grenades in my Mouth"), against his girlfriend, who didn't love him enough ("Snap"). But in some other occasions, he was much quieter, sympathizing about a whore ("Pass Go"), or pitying a guitarist's fate ("Memoirs of a Guitar Player"). As for the album's central topic, work, this was not a brand new one in indie rap (remember Aes' Labor Days), but it was nicely used, through the recurring mention of the Big Moses character, and his absurd job.

The beats were solid as well. Nobs, who took in charge most of the production, knew how to play with changes, He ventured into funk with "Pass Go", used an accordion on "Radio", an organ on "Big Moses Is Art", some harpsichord on "You Won’t Be Here Again", and a trombone with "Stardust". The melody was leaning toward country, when the lyrics were about a Deep South guitarist ("Memoirs of a Guitar Player"), and one could even hear a bit of "God Save The Queen" on "I Sing Happy Birthday…". At the end of the day, at least three quarters of these tracks were damned good, which made a huge difference with Nobs' previous release. This time, he had been working well, his album being one of 2004's must-have.