Before talking about today's main topic, let's start with a bit of contextualization: a long time ago, in 1996, when Hand’Solo was created, it all started with the first Bassments of Badmen compilation. Just when underground hip-hop was starting to emerge all over Northern America, the Canadian label helped putting the rap scene of Halifax, Nova Scotia, on the map, revealing people who would later become indie rap heroes, like Buck 65, Sixtoo, or the more classic rap oriented Classified. 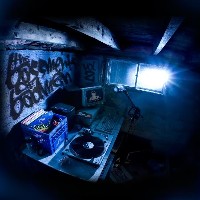 Seven years later, a second edition was released, this time mastered by mcenroe. It was funded on the same principles, but extended its perimeter to other parts of Canada, and even to guys from the US or Japan, like Spiritual Juice. It also included contributions from people who, in the meanwhile, had become big names on the indie scene, like Noah23, Epic, Thesis, Selfhelp, Mindbender, Wordburglar, Toolshed, Creature Box, Jesse Dangerously, Vangel, and the Restiform Bodies.

Seven more years, and the CD was sold out. Also, to ensure that these people would not be consigned to the dustbins of history, our Canadians rereleased the record, and they repackaged it – truth be told, the original cover art didn't fit well with the compilation's dark ambiance. And the good news, with this new edition, is that this testimonial of indie rap's heydays didn't sound too much outdated.

With its NYC style beat and its voluble raps, the introductive "Enter the Bassment", from Fact & the Verbals, was just perfect. The visions of the future and the bouncing drums on "Flash Forward", confirmed that Toolshed was the 2000's best rap secret. Or maybe Creature Box, there with the slow and somber "Ciggaret Butt Sandwitch", deserved this title. The lively "Uh-Oh" of the bizarre Restiform Bodies – by then an Anticon group – was somehow classy. Noah23 was irreproachable with "Amnesia". The nicely delirious "Twisted Ankle" from Awristoscratch, a turntablist, was particularly playful. Choke, Thesis, Jesse Dangerously and Uncle Fester delivered a great posse cut. And even the black and furious "Theory vs. Practice" from Ill Seer, of Delegates of Culture, managed to be impressive.

These tracks compensated for some others, a bit weaker, like "Bury the Bodies", whose beat was boring, or "The Prosecution Rests" and its clumsy brass sounds. Overall, it was a great collection of freshness, diversity, other-worldly beats, stylistic fantasies, funny lyrics, and twirling scratches. It sounded modern, current and relevant. It was just the perfect catch-up session for anyone who, by 2003, had travelled much too far from Canada's hip-hop underground to notice it.