One of the major events of 2015, as far as rap music is concerned, is the renaissance of Future. After Honest, a disappointing second album, the Atlanta rapper went back to his basics with a series of great mixtapes, resulting into DS2, an opus regarded now by rap critics as a masterpiece. If this is a second birth, though, it means that previously, there's been a first one. It took place earlier in the decade, and the scenario was pretty much the same: the first highlight of Future's career, the Pluto album, was heralded by another collection of mixtapes like Dirty Sprite, Streetz Calling, Astronaut Status and, just in the middle, the brilliant True Story. 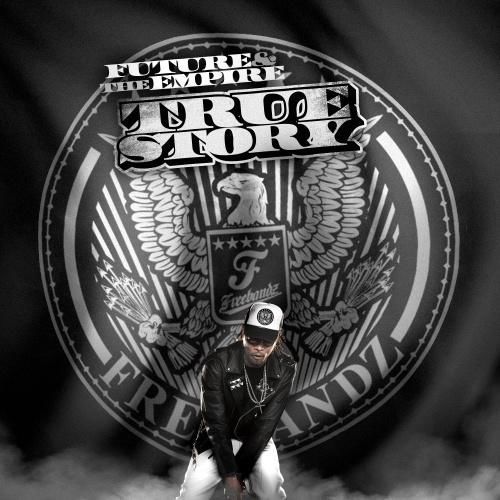 It is known that Nayvadius Wilburn doesn't come from nowhere. He was a protégé of Rocko, and the cousin of Rico Wade, from the Dungeon Family, the core matrix of the Atlanta scene. His alias comes from members of that collective, who decided he was the future of rap. His first mixtapes would prove them right: Future, indeed, prefigured the times to come. He created a formula that would define rap music, in the new decade, with two key attributes: a strongly melodic flow that blurred the border between rapping and singing; and an emotional stance, that strangely adapted well to the materialistic, harsh, sexist and druggy universe of trap music.

All of these were in True Story. In addition to first bangers like "Magic" and "Tony Montana" – ego-trips, basically, in their purest versions, devoid from the remixes and useless guests they would later be known for – the rapper, there, exposed his flaws. With a raspy voice that was simultaneously insolent and insecure, he opened his heart. The misogyny of "Aint No Way Around" hardly hid his sentimental despair. He was paranoid on "Smoke Mirror", about the pretenses of friendship. His mental disorder was crudely exposed on "Bigger Picture". And he witnessed about the energizing value of love – from women, or from fans – on "Feeling I Get".

Future is a bleeding man. He turns rap music into the new blues: a blues for thugs, painkiller addicts and dysfunctional people. But still, he is a rapper. His pain is not the world's, it doesn't belong to others: it is his, only his. Even when inviting a few friends from FreeBandz – Young Scooter, mainly, who features on five tracks – or Waka Flocka, or his mentor Rocko, he is self-centered. Per the eternal rule of rap, this is entirely about his ego. Such was the style of Future. And on True Story, an exemplary mixtape with a perfect beginning - with "Freeband Gang", "Magic" and "Tony Montana" all in a row - it was still new, and it was already breathtaking.