Originally, with his far-from-perfect compilations like Time Invested (2002), Factor seemed to play second fiddle in the Canadian indie rap scene. Sure, he had a big address book, including some key names of California's underground. But the simply looped voice, guitar or piano samples, which characterized his production style, were too formulaic; they sounded too often a bit inoffensive and lazy. 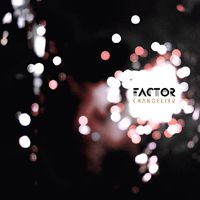 However, little by little, Factor made it. Progressively, he released better and better records, as for example with Red All Over, a concept-album he had produced in 2005 for his Saskatoon fellow Nolto. And in 2007, he had offered to the great Awol One all beats of his solid Only Death Can Kill You, surely not the most emblematic album of the Shape Shifter, but maybe his most accomplished. And then, in 2008, after more and more convincing records, he released Chandelier, simultaneously on Fake Four and the excellent Japanese label Hue Records, an album generally considered as the apex of his discography, his defining one – as a matter of fact, Factor is now calling himself Factor Chandelier.

This sixth album showed again the width of the Canadian's network. With it, he placed himself in the very center of the indie scene, inviting not only some rappers from his own label (Cam the Wizard) or others from Saskatoon (Epic), but also some other key players in Canada's hip-hop game (Moka Only, Noah23, Josh Martinez), a few Americans (Ceschi, the Californians Myka 9, Awol One, and Kirby Dominant), a Belgian (Nomad), and even a rap big fish: Sadat X of Brand Nubian.

Naturally, the guests were so many and so diverse than Chandelier looked more like a compilation, than like a true album. Even the instrumental tracks did not look the same, moving from some classy trip-hop ("One Record", "I Tried to Tell You"), to the experimental "Had It Made", or to the melancholic finale "Last Nights Dream". Here, each rapper would import his own style: Nomad's man-child raps or Josh Martinez's sing-song. On "Electric Funs of a Linx", the exalted Noah23's would rap on rock sounds, while Ceschi would opt for another kind of guitar rap. Sadat X would talk on some very NYC-sounding soul rap, and Myka 9 would deliver with "Good Old Smokey" something close to his own Citrus Sessions. Elsewhere, on "21 Chump Street", Cam the Wizard would play the introspection card, while Awol One would share his wisdom on the splendid "More Rude than Handsome".

This was a very diverse record. But Factor's strength, precisely, was to cope with this, and to offer to each of these guys the adequate music. As a good beatmaker, the Canadian was complying with the style of each guy featuring here. He would magnify it, on each of Chandelier's tracks, while never stopping being his old self.