If we need to select a symbol for retro-futurism – this trend consisting in coming back to the past, in order to reinvent the future – this needs to be Edan Portnoy. With his first album, the underground classic Primitive Plus, the rapper, producer and DJ created an improbable musical subgenre: old school hip-hop for the year 3000. He had gone back to rap as it existed in the 80's, and brought it into the new millennium, as if the 90's had never happened. And with his second album, he had returned even further, in the 60's, transferring psychedelic rock to the rap era. 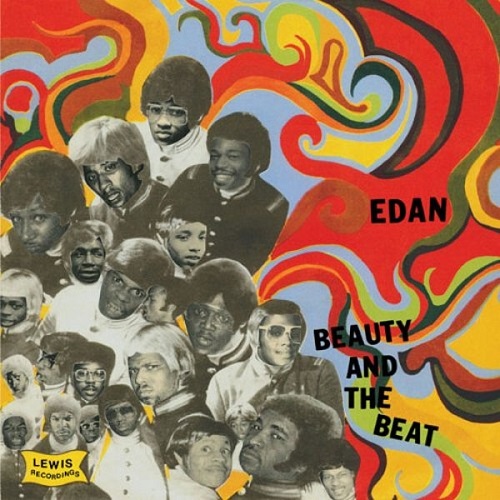 With this crossover attempt that was Beauty and the Beat, Edan could have recorded something informal and hideous. But in fact, he satisfied all audiences.

The rap purists, those worshiping a music which, to most others, can look tough, impenetrable and boring, enjoyed his lyrical ease and creativity. They liked his way to over-pronounce words – something specific to Boston's underground rappers –, his smart ego-tripping, his kick-ass funk ("Funky Voltron"), his spinning drums, his intense and breathtaking rhythms, his tribute to old ones ("Fumbling Over Words That Rhymes"), his winks to rap's history ("Prince Paul already used this loop", on "I See Colours"), the featuring of underground semi-legends (Percee P, Insight, Mr. Lif), and his quite retro - but never anachronistic - approach to rap.

Others, on the opposite, would enjoy his crazy strings and guitars, the very nice oboe on "Promised Land", the hallucinated 60's flavor, the profusion of psychedelics, all these "splashes" and "booms", so numerous that they would make Pierre Henry jealous, and "Rock and Roll", a great celebration of the music of the same name. And both categories would agree to enjoy Edan's address with Pink Floyd or Hollies samples, which would make one "Sing it Shitface" – the emblematic song on his previous album – out of all tracks on Beauty and the Beat.

And those who couldn't decide about what to think of this short – around half an hour – record, those reticent with over-referenced music targeted first to rock and/or rap critics, could still argue about Edan's new and abundant haircut.