Why would some people still consider Anticon as a rap label, in the second half of the 2000's? By then, indeed, it only released indie rock, or some folktronica albums, with just, here and there, a few reminiscences of their hip-hop past. For those who had not followed the label since its beginnings, it was not obvious to see them as heirs of the East Coast indie rap wave of the mid to late 90's, or people heavily influenced by the likes of Company Flow, the Juggaknots or the Jedi Mind Tricks. In 2006, though, it seemed that the label wanted to pay its debts to this scene, by releasing a lost gem of this era, a strong album from Darc Mind. 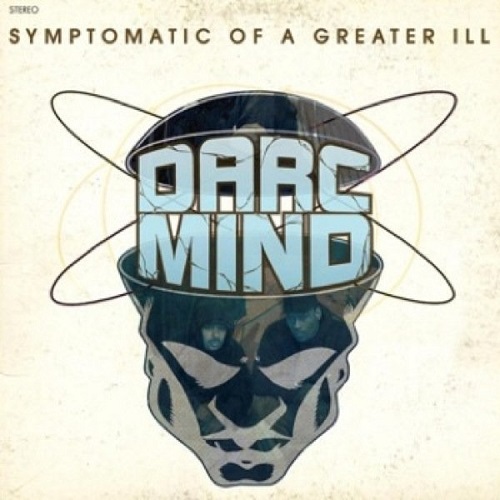 Ten years before, Darc Mind had delivered exactly that: a hip-hop in transition, a dense and sinister music, born from New-York's boom bap, but different from it. Their sound had its roots into the darkest sides of the Wu-Tang Clan music, and it would find its best accomplishment with Company Flow. As a matter of fact this album, recorded around 1995 to 1997, was supposed to be released by Loud Records, a label known for the heavy presence of the Wu. But unfortunately, their discussions had led to nothing, and the first album from Kevroc and DJ GM Webb D, two New-Yorkers, had never been published. It had joined the very long list of the 90's rap lost classics, before knowing the fate of the luckiest among them: a full release by ex-fans, who had become in the meanwhile well-established artists.

This record was worth the effort. There was nothing to throw away, with the supple, deep and serious voice of the MC, which moved effortlessly from rap, to a conversation tone, or to some sing-song, and was at ease with slow rhythms, as well as with more spirited ones. The beats were beyond reproach as well. This music which was fond of sampling rap legends like Nas, Rakim or Public Enemy, and approached the old school style at times (see "Bmoc" and "Fever Pitch"), had the same density and sobriety as the best Gangstarr, Pete Rock or Black Moon.

But there was more. It also included the cold and industrial sounds of the future. "Visions of a Blur", "U Da One" and "Seize the Phenom", among others, were good examples of this. They deserved to be known, in 2006 as well as in 1997. And if some people still faced problems with making the connection between these two guys and Anticon, they just had to listen to the no less good "I’m Ill"… and then understand which kind of music Darc Mind and their future label had in common.