Judging by the small hype, by the end of the 90's, about Halifax's so-called bold and visionary hip-hop underground, it is surprising to realize that one of the pioneer albums of this scene was not so revolutionary. As most indie rap artists of the times, these were still loyal to New-York's boom bap. It would be only a few months or years later, with the experimentations of the Sebutones, Knowself and Recyclone, that some other Nova Scotia rappers would move to something else. 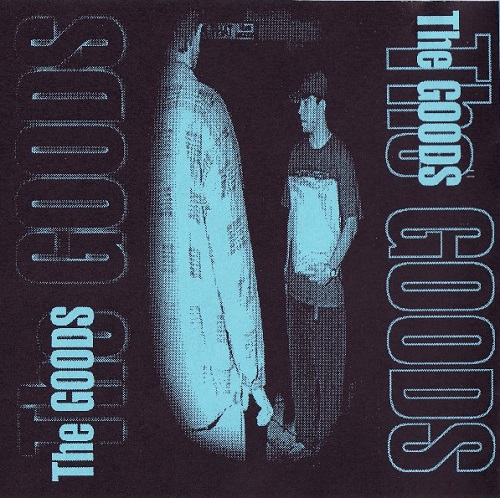 Considered as one of this scene's classics, in that era, the first album of the Goods was a good demonstration of this. Created in 1996 by Gordon "Gordski" Campbell, the beatmaker, an ex member of Hip Club Grove (one of the funding groups of the Halifax scene, DJ Moves and Sixtoo were also parts of), and Noah "Kunga 219" Haspry, the rapper, the duo recorded an album fully aligned with its time.

When it was a bit atypical and bizarre, this record's production provided some hints about what would follow. It was the case with the tribal beats of "Annotative Annunciations", with the strange wind-like sound of "Negative Prediction", or with the almost drum'n'bass "Juxtaposition". But the rest was made of simple loops, and Black Music samples, which had sometimes a resemblance with the Native Tongues formulas ("Lonely Cowboy"). Quiet and warm, underlined by live drums, constantly reinforced with scratches and other turntablism exercises, like with the "No Envy" instrumental, the music of The Goods was not really disorientating.

Despite his unusual interest for Buddhism (his blaze means "joyful" in Tibetan), Kunga 219 was not yet as adventurous as he would be in 2000 with his solo album, Tharpa's Transcript. His experimentalism only filtered though "Escoteric Sorrow", where he declaimed twice the same lyrics, using a stereo effect. But elsewhere, he opted for the usual register of most 90's MCs: he played with sounds and words, providing storytelling, and criticizing wack MCs. Even Maxwell, who appeared twice (the other guest was Little T, a.k.a. Tachichi), was still much more reserved than he would become, when renaming himself Josh Martinez.

Solid, thorough, and without any of the few hits the third album – a strong Dream Sequence – would offer, the Goods' first opus had nothing shocking or surprising. But it was flawless. It showed that the Halifax rappers had a full mastery of hip-hop's codes and rules, before some of them would decide to blow them up.