At first glance, Misguided Recordings didn't look too sexy, with its ugly cover art, its heavy introduction, its tasteless old-school sounding first song ("The Cage") and the painful voice of its rapper, a White guy from the obscure scene of Madison, Wisconsin, one half of a very anecdotic duo, The Crest. But then, starting with its second track, the record was getting significantly more exciting. 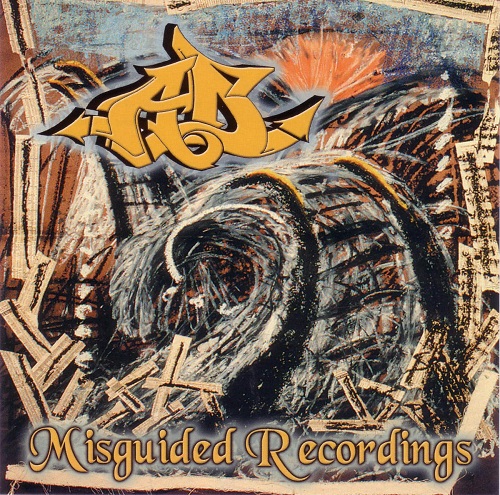 Oh, sure: there was nothing revolutionary there. The first solo album of the so-called AD was politely exploiting the legacy of 20 or 30 years of hip-hop. It was full with old routines: the usual weed song ("La La La"), life lessons on a "carpe diem" mode ("People Wait their Whole Lives"), ego-trip and battle tracks ("The Cage"); and as a bonus, our guy seemed overly delighted with being an MC ("Impossible Dream"). And the beats, mostly made of jazz guitars (that old trick), didn't really challenge hip-hop's code and borders neither.

However, progressively, while we moved from one track to another, Misguided Recordings was changing into something superior, more inspiring and convincing, with the suave "Mind Erase", the panting "A Light in the Dark", the oppressive "Cheers to the Sunrise" and "The Truth is Lies", the heady guitars of "The Seed" and "Trying", and, most of all, the ethereal "La La La", the album's true gem. All were simple songs, but also very addictive ones, so appealing that we faced a comforting but suspect feeling of having always been familiar with them.

More than to AD's rapping skills, we were heavily tempted to attribute the merits of Misguided Recordings to another man: the beatmaker Myron Maker. Most of the mentioned tracks, indeed, were produced by him. Whenever he let others make the music, the record got boring again. It displayed rubbishy strings ("Impossible Dream") or slobbering guitars ("Life"). And when finally he decided to strike back with "Dying", the album was reaching its apotheosis.

When united, the AD and Myron Maker duo only spoiled one song, the ugly "Did U", which played much too much with pathos. Apart from this single case, the beatmaker knew perfectly well how to transcend his pal's raps, with small beats without pretence, but plump and very catchy ones, exactly as needed.