This is a universal law: what great artists sow, they generally harvest much too late. They are celebrated just when their skills are no longer what they used to be. Then, fans and critics alike are praising them, exaggerating their talent, ashamed they hadn't noticed their existence before. This is what happened with Daniel Dumile, a.k.a. Zev Luv X, a.k.a. MF Doom, considered as underground hip-hop's genius all along the 2000's, while his best work, KMD's Black Bastards, or the Operation Doomsday solo album, had been recorded in the previous decade. 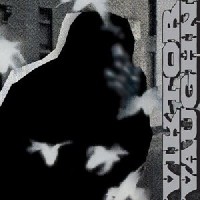 MF Doom's great moment was in 2003. That year, the masked rapper had been particularly productive, releasing or recording several albums, each time with a different moniker: Take Me to Your Leader, as King Geedorah; Escape from Monsta Island!, as a member of the Monsta Island Stars; Madvillainy, later released in 2004, as a duo with another indie hip-hop favorite, Madlib. His best record, though, could well be Vaudeville Villain, which he delivered as Viktor Vaughn.

Though it was not at all a drum'n'bass album, as MF Doom had heralded it, it was very electronic oriented, thanks to King Honey, Heat Sensor and Max Bill's work, a trio of producer from the Sound Ink label stable (RJD2, then in the apex of his career, was also helping with his beats on "Saliva"). These three guys knew their job, delivering beats which fitted quite well to Doom / Vaughn's lyrical achievements : no synthetic nonsense with them, no awkward bleeps, mixed with the rapper's fancy words. When all were at the height of their skills, they delivered real gems, like with the introductive "Vaudeville Villain", the superb "Lactose and Lecithin", "A Dead Mouse" and "RaeDawn". They provided us with truly good electronic hip-hop, à la Antipop Consortium. Talking about the latter, M. Sayyid was also supporting MF Doom on the excellent "Never Dead".

And lyrics were on par with the futuristic sounds. Vaudeville Villain, indeed, was some kind of sci-fi story, about a mad scientist, Viktor Vaughn precisely, blocked in the 90's and obliged to take part to MC battles. To MF Doom, the concept was a good pretext for multiplying punchlines, exploring some obtuse vocabulary and including again references to comic books he was fond of. It was also a good way to parody bad boys and mainstream hip-hop, when he failed to conquer the underage girl he targeted (played by Apani B.) on "Let me Watch", or when an old lady retaliated after he tried to rob her, on "Modern Day Mugging".

Humor, skills, and stylistic boldness. Weird, catchy, and efficient beats. Vaudeville Villain had almost everything to be the real and the best successor to the unequaled Operation Doomsday. It and it alone, almost, legitimated the interest some Johnny-come-latelies manifested for MF Doom, all along the 2000's.