It's been a while since Serengeti joined the indie rap scene. Since Dirty Flamingo, in 2003, he's been particularly prolific, releasing up to 4 albums in one single year, in 2006, including the conceptual Dennehy. For a long time, though, the Chicago rapper, whose real name is David Cohn, has played a cameo role. But he persevered, and finally made his way, moving to Anticon with his second record with Polyphonic, Terradactyl (2009), creating the S / S / S trio with Son Lux and Sufjan Stevans, and releasing, in 2011, his most accessible album. 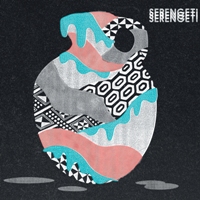 Family and Friends is at the right place at Anticon. This album even sounds like a return to the roots, for the emblematic indie rap label, after it diversified into multiple musical genres, starting with Serengeti's lyrics, closer to 70's singer-songwriter themes – difficult relationships between a son and his father ("Long Ears") or a man and his multiple lovers ("Godammit") – than to rap braggadocio.

This rapper doesn't brag, he is not fond of affronts and insults, but he raps about the troubles of daily life, in a conversational tone, close to spoken word, playing several characters, like on "Whip", a track he dedicates to the regrets and bad feelings of a UFC fighter. To summarize, Serengeti delivers adult rap, with an open heart, but he is never boring, thanks to his humor and cynicism, like with "California", a track which benefits from the contrast between depressing lyrics and a light-hearted, optimistic and - well - Californian hook.

The beats, precisely, are one of the album's greatest assets. Here again, with skills, the records goes back to the fundamentals of indie rap, or more precisely this part of indie rap which is fond of mixing itself with its rock counterpart. There is some boom bap on Family and Friends, but it is coupled with diverse and orchestrated instruments, melodies, lo-fi spirit, and even sung hooks, provided most notably by Why?'s Yoni Wolf, with his characteristically nasal voice.

The latter also produces a large part of the tracks, sharing the task with Owen Ashworth (a.k.a. Advance Base, ex Casiotone for the Painfully Alone). And his presence and influence are much visible: with its beats, its dubious fiddling, its storytelling, its extraordinarily ordinary themes, its sweet irony, and even with its short length, as if it was uncompleted, or just sketched, Family and Friends looks almost perfectly like an album from Why?. And a very good one.