Finally, Oddjobs' end had been a good thing. These rappers from the Midwest have never been as interesting as when they split into two new acts, the fire-raising duo Power Struggle, and Kill the Vultures. The Careless Flame, one of the latter's LPs, confirmed it. After they merged jazz and rap in a punk and corrosive way, with their first record, they perfected the formula with the second one. 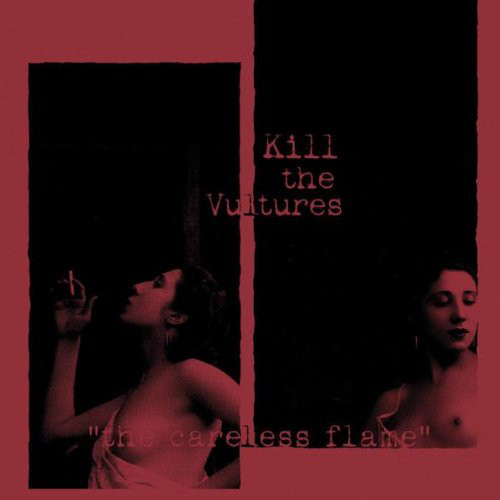 All of Oddjobs' albums have been good, more or less. But they were frustrating as well, as if the group was eternally looking for its way. It finally found it with "Moonshine", The Careless Flame's first track, and also the best. With its smells of fatalism and decay, its bass line, its slow drums, and its tired saxophone, this drunken lament was inventing the blues of the new century. This track was so great that it outshined all others, all good, but never that powerful again.

The Careless Flame had some unique atmosphere, but each song was different from the others. We could hear some crazy drums ("Dirty Hands"), fascinating loops ("The Spider’s Eye"), a slow and sinister guitar ("Days Turn into Nights"), a classy saxophone ("Strangers in the Doorway"), a sad mandolin ("Vermillion") or a few recycled jazz samples, that the group credited on tis cover art.

As far as the lyrics were concerned, this was still rap. But another kind of rap, one which skipped the usual style demonstrations to focus on the essential: songs and music; a rap spoken by Crescent Moon only, here both an MC and a guitar player; a rap full of blackness, anger ("Dirty Hands"), despair, love/hate complexity ("Days Turn into Nights"), like haunted by Tom Waits' ghost; a rap that let the listener completely worn out, even if it lasted 31 short minutes only.

Kill the Vultures, indeed, was aggressive, abrasive, and completely exhausting. But that is precisely why it was better that the too much restrained and not enough iconoclastic kind of hip-hop that had been limiting Oddjobs for years.