Though Astronautalis is a key player on the indie hip-hop scene - at least regarding the folk rap subgenre – none of his albums is flawless. The very first, You and Yer Good Ideas, was full of promises, with some great tracks like the admirable "Ocean Walk", but it was still a bit too green, too amateur. The next one, Mighty Ocean and Nine Dark Theaters, was the exact opposite; the production was so polished that it sounded almost too clean, too nice. And the one after, Pomegranate, was only partly convincing. In 2011, though, he reached a perfect balance with This Is Our Science, which he released on Fake Four Inc. 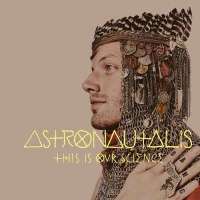 As far as the lyrics were concerned, nothing had changed. Astronautalis still demonstrated a rap skill based on his experience with battles, but moved into a pop / rock context. As usual, he could both shout and whisper his raps; he could play with rhythm, or switch to singing in a seamless way. He also expressed his old passion for streaming water, though here, he preferred to picture himself as a boat captain ("The River, The Woods", and its sailor song melody), than meditating on the ocean's power. And he favored introspection, telling us about a short and simple love ("Secrets on Our Lips"), and sharing thoughts about his quest for eternity ("Midday Moon") or his status as a musician ("Lift the Curse").

It was the usual Astronautalis thing, then, but remarkably balanced. Its guests, first, were neither too many, neither too few, and they represented equally rap – with Sims from the Midwest's Doomtree collective – and indie rock – with the charming voice of Tegan Quinn, from Tegan & Sara, on "Contrails". The rapper also delivered the right amount of poignant crescendos – with the first 3 tracks – and pretty ballads – the piano and acoustic guitar on "Measure the Globe", the electronic "Midday Moon", or "Lift the Curse" – spicing all with the catchy "Contrails" or the singular "Holy Water", where he changed himself into a preacher, similar to a Nick Cave turned rap, and in his most haunted moments.

Everything seemed so well ordered, so well weighted and so well thought, that this release appropriately named This Is Our Science looked like Andy Bothwell's opus magnus. Notwithstanding the record's weaker finale, Astronautalis was not too far from delivering the perfect indie rock / rap crossover album.