If you still don't know what a cult album is, or if you are fed up with professional or wannabe music critics using these words more than is reasonable, well, maybe it is time for you to go back to the fundamental and seminal first Project Blowed compilation. 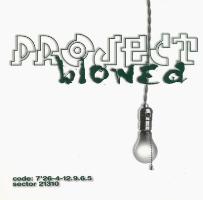 Let's go back to history. No, not history: myth.

Originally, we had the Freestyle Fellowship, and the agile and creative type of rap they displayed on their first two albums. Those rappers, however, were not the only ones practicing this non conventional kind of music, this other blend of Californian hip-hop which lived its own life in the shadow of gangsta rap. And the many artists who, like them, were demonstrating their skills during memorable freestyles at the Good Life Café, deserved to be known. This was why, with the support of CVE, Aceyalone and Abstract Rude released the Project Blowed compilation, first on cassette, in 1994, and later on CD and vinyl.

We know what happened next: this compilation has become legendary. All tracks had things in common: their free forms, different from the classic hip-hop of these days, and most of all this mic virtuosity, fed with a willingness to improvise, to freestyle and to rap quickly, very quickly. It did not necessarily sound like a true album, though, its content was not homogeneous, and it wasn't really a new genre's manifesto. Mostly, Project Blowed was a compilation to the core, with defaults and lengths, and an unbelievable diversity.

Some tracks were true songs, like The Nonce's fantastic "Mixtapes" - originally released on vinyl only, we had to wait for later rereleases to hear it on CD as well - but most others sounded like freestyles, reflecting the battle atmosphere of the Good Life, for example the "Heavyweights Round 2" posse cut, the sequel of a song from Freestyle Fellowship's Inner City Griots, the second of a series of other tracks we would discover on various records, moving forward, for example Abstract Rude's P.A.I.N.T.

Listening to the compilation from end to end could be challenging. The record, also, sounded a bit weaker in its second half, partly because of this never-ending, "Maskaraid Part 1 & 2". Overall, beats, approaches and postures went into too many directions, from the bad boys' rap of CVE to Figures of Speech's conscious hip-hop. Everything on this record was about diversity: diversity of styles, flows, and even sexes - many female MCs, indeed, featured there, like Jyant and Eve of Figures Of Speech on "Don't Get It Twisted", T-Love, Nefertiti, Medusa, Ko Ko on "Heavyweights Round 2"; diversity of beats, as well, as we had almost as many producers – the most notable being Fat Jack – as we had MCs.

When we think about the Project Blowed, the first things to come to our mind are voluble and crazy flows, but sometimes we forget the beats. They are as important and inventive, though. Many were influenced by jazz; most of them. But this was some specific kind of jazz, messy and free ("Jurassick", "Hot", "Once upon a Freak", "Narcolepsy"), sometimes even insane, much different from the clean and austere jazz rap some New-York rappers were enjoying around the same time. It was more about the spirit than about the letter of jazz.

In addition to that, this record had a recycled version of Stevie Wonder's "Pastime Paradise" which was a bit more subtle than the one Coolio had released around the same time ("Solo Is So Low"), groovy and funky tracks ("Beautiful Day in the Neighborhood"), true UFOs ("Strength of A.T.U.", "Treble And Bass"), and even something quite close to the drum'n'bass that was emerging on the other side of the Atlantic ocean ("What a Pity"). Everything was about diversity, in terms of tones, influences, samples, and also narratives.

As we said before, we all know about the Project Blowed compilation's posterity. But let's remind others about it. Though none of them really reached a huge success, some of these rappers would be signed on major labels, like Aceyalone, Abstract Rude, Volume 10 - this one would even have one of his songs covered by Rage Against the Machine - and others from the Good Life Café like Jurassic 5, who didn't feature on this record.

In parallel, Acey and some others would maintain the Project Blowed tradition. It would become a company and a label, and they would release a new compilation in 2005, to celebrate the 10th anniversary of the first. Also, like some kind of hip-hop knighthood, they would sponsor a second generation of Blowedians (Rifleman, Of Mexican Descent, Awol One and the Shapeshifters), then a third (Busdriver, Subtitle, Cypha 7, Acid Reign) and a fourth (Open-Mike Eagle, Psychosiz, Dumbfoundead and their Swim Team).

The Project Blowed's posterity is even larger than that. The compilation would be a source of inspiration for the indie rap scenes of the late 90's, in addition to Company Flow's cold and tough kind of hip-hop, or even more than theirs. Though the latter had retained something from New-York's classic rap, the Project Blowed had moved directly to the next step. With its openness, experiments and free forms, it was the missing link between the 80's earthy but crafty rap, and the hip-hop underground scenes of the 2000's.

What a pity, I'm living in New York City

This was how CVE was making irony, quoting Boogie Down Productions' "Poetry". It is easy to agree with them. In 1994 and 1995, in the heyday of New-York's boom bap, jazz inflected and hardcore hip-hop, Los Angeles may have been, in fact, the real place to be.