The story of All Natural is the same as for many other indie rappers. There we had, by the end of the 1990's, a promising band coming from a place, Chicago, by then mostly known for one single rapper, Common. These guys had started negotiating a contract with the excellent Wild Pitch records, until the closure of the label obliged them to manage their career by themselves. Consequently, while taking the head of a local collective, the Family Tree, the duo launched its own facility, All Natural Inc. And by the beginning of the 2000's, they got the interest of two indie institutions, their neighbors Tortoise's Thrill Jockey on the rock side, and the Fat Beats shop's label on the rap side, the former releasing their records as CDs, the latter as vinyl. 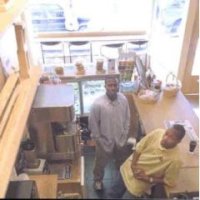 However, before All Natural joined these labels, before they released with them an album, Second Nature, which featured Slug, J.U.I.C.E. and the Lone Catalysts, positioning them as full part of indie rap's Midwest intelligentsia, the duo made of Capital D and Tone B Nimble had proposed remarkable singles, all present on No Additives, No Preservatives. Considered as a cult album by some, this record had two strengths: it was sold with an interesting booklet full of political observations, Fresh Air, made by The Writer's Bloc, a collective of hip-hop writers led by Capital D; and also, it addressed exactly the demands of this time's rap music underground.

The two guys of All Natural offered what they wanted to hip-hop fans hostile to the bling bling pop rap that came to dominate hip-hop at this time: their raps were dark and sober; they were declaimed with skills and clarity, on simple but impactful loops; scratches were prominent; lessons were shared about the best way to do rap; and the supreme enemy was the wack MC. Sometimes, when people play this game, the risk is to replace clichés by others; and this is precisely what Capital D and Tone B Nimble did, sometimes. Many of the album's tracks, however, haven't lost anything of their original luster.

On several occasions, the duo abandoned the usual boom bap for weird sounds, like with the insane beat of "Fresh Air" or the vibrating "MC Avenger". The heavy bass and emphatic strings of the sumptuous "Phantoms of the Opera", a strange story of vanishing wack MCs, were also worth noticing. And the atmosphere was still the same, oppressive but delectable, with "Take It to Em" and the progressive beat of "No Nonsense", while the single "50 Years", where the duo projected itself in the future, was more luminous. Last but not least, there was this "It's O.K." where, more than the light flute proposed by Panic, from the Molemen, we could enjoy lyrics where rappers were invited to follow the only valid guidelines in any form of art: to do their own things, not to mimic their idols, to be nothing else than themselves.

PS : the cover art above belongs to the British version of this record, the one I own, released by the short-lived rap subsidiary of the trip-hop label Cup of Tea (Monk & Canatella, Statik Sound System), Uppercut. The American edition, the most famous by now, is the following. 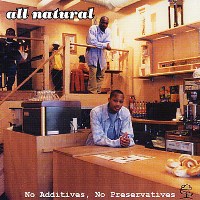