No country other than Japan - at least in the most marginal parts of its scene – appropriated hip-hop music that well. Contrary to others, the Land of the Rising Sun did more than just adapting the formulas of this American music to its own languages and realities. Oh, sure, it did that as well. But sometimes, on the opposite, it utterly transformed it into something brand new, thanks to some very strong characters. Coming from the entourage of the great DJ Baku and the band MSC, the particularly eccentric rapper named Rumi is undeniably one of those. 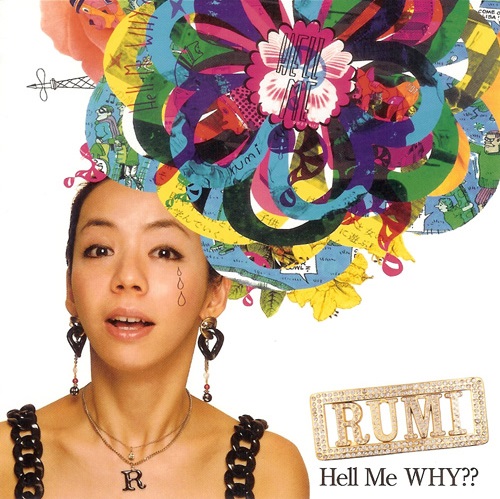 The first album of Rumi, Hell Me Tight, was particularly experimental, gothic and exhausting. On the opposite the third one, Hell Me Nation, sounded at times like some embarrassing J-pop. The second, however, Hell me WHY??, was a good compromise. It was equally weird and catchy. The fantasque Japanese was more appealing than ever, even if she was still very far from the norm. Her possessed and off-beat raps were still impressive, especially – essentially? – to those not familiar with her language. At times, her art looked like theater, more than songs, especially on "CAT Fight!!", where she played a farouche kitty. Rumi easily changed her tone or the sound of her voice, outshining Primal and O2, two male guests who sounded quite lame, compared with her. As for the music, produced by various beatmakers like Goth-Trad, DJ Dogg, Kemui, SKE, Skyfish and Tha Blue Herb's great O.N.O., it sounded as insane as our Japanese lady.

The "ouhs" at the beginning of the album, were evocative of Björk, but in an infinitely more hysterical version. The crazy organ on "Hell Me WHY??" suddenly exploded into some kind of drum'n'bass furry. The Japanese traditional tune on "heso-CHA" was assaulted by much more modern and electronic sounds. "Fever!" looked like some nonsensical mákina, while "Gokurakutoshi" was ambient and had strange feminine chants. The little melody on "Chain" was irresistible, while the gabber "CAT Fight!!" was threatening. Rumi pulled it in mutliple directions, and at times it was properly impressive. With her, heads were banging, listeners were both seduced and terrorized, and even more. It was anything but boring, except maybe with the languorous "Asagaeri". All along, Hell me Why was one of these rare and precious albums, where a bizarre singer started being accessible, without turning – yet – into a sell-out.