Kool Keith was twice a crucial character, in the history of hip-hop. In the 80's, he was the main rapper of the influential Ultramagnetic MC's. And later on, in the mid-90's, he was Dr. Octagon. As such, he reinvented rap once again. Playing the role of an extraterrestrial killer gynecologist, he pushed it out of its comfort zone, with the help of a new generation of talents from both New York and the Bay Area: the beatmakers The Automator and Kut Masta Kurt; the DJ Q-Bert; Sir Menelik, a rhyme partner; and even DJ Shadow, who contributed to the project with a remix. 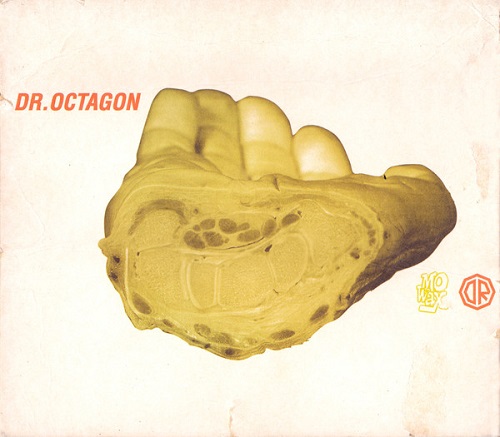 None of them really rejected the well established formula of hip-hop. They just delivered some kind of upgraded version. Everything on the Dr. Octagon album, indeed, looked like a glance at the future: rooted in science-fiction, horror movies and his addiction for sex, Kool Keith's weird lyrics reminded all that he had sojourned once in a psychiatric hospital. The Automator disclosed some unusual, bizarre, but very catchy beats. And Q-Bert's scratches were just from outer space. As claimed by the rapper himself, this was definitely some rap for the year 3000.

On "Earth People", a threatening synthesizer emphasized Kool Keith's sci-fi-rants. On the mind-blowing "Blue Flowers", The Automator created a ghoulish ambiance, with the help of violins, minimalistic basses, some unsettling sounds and, by the end, warped scratches. With "Bear Witness", a track almost exclusively made of scratches and with an old school flavor, Q-Bert showed his virtuosity. On "I'm Destructive", with some harsh and dirty guitar, Dr. Octagon rejuvenated rap / rock crossovers, as they existed in the late 80's. And with "Wild and Crazy", his coarse music and his surrealistic stance, Kool Keith went totally, well… wild and crazy.

This record was deeply rooted into the old school era; much more, actually, than any other rap album released by the same years. And though, it sounded utterly new, strange, alien, and highly psychedelic. It was so different from the popular hip-hop of these times that, quite predictably, Dr. Octagon wouldn't be a big success. Released in Europe by Mo'Wax, and sounding trip hop at times - a label Kool Keith violently rejected - it would impact people beyond the rap circle, and make him the godfather of a new wave of rappers, keen on pseudo-scientific lyrics and sonic experimentations, and challenging hard the routines of their music.