In the early noughties, the Living Legends were the archetypical underground hip-hop band. They were highly revered in the backpacker rap world, where they fully deserved their name. In the Wu-Tang way, this collective was made of various subgroups and solo artists, and people from countries as far as Japan and the Netherlands were affiliated to them. Thanks to their network, their aura was global. They reached a high standing with no help from major labels. However, contrary to some of their peers on the West Coast Underground scene, the Legends were not the most innovative rappers ever. They had great tracks, but scattered and lost in a too prolific discography. It was often live, actually, in concerts, that they were the greatest. 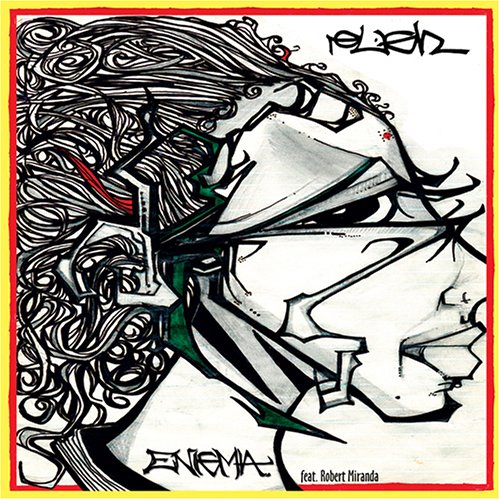 Eligh Nachowitz, though, stood out from his colleagues. The rapper and beatmaker, one of the two White men in the band, was the least conventional of all. His talent was already obvious on late 90's solo albums like As They Pass and Gas Dreams, but it was in the other decade that he fully confirmed his originality, with works like Poltergeist, and the smooth and jazzy Enigma.

Though it was outstanding, that album had no hit. It had no "Funk", "The Mountain", or "Ancient Grandfather", some of the catchiest tracks on the previous record. And Eligh was barely rapping, a large part of the album being instrumental, a bit like his Gandalf’s Beat Machine series. There was a strong link with Poltergeist, nonetheless, and this one was Robert Miranda. An occasional contributor on the previous album, this musician assisted Eligh more systematically, on Enigma. Supported by sampled voices, a synthesizer and a few other instruments, his jazz guitar helped moving Eligh to a darker, smoother and dreamlike style.

Enigma had no equivalent. The music from French-Irish beatmaker Doctor L, released ten years before, might be the only one comparable to Eligh's. The sumptuous "Life Dance", sung by folk singer Jo Wilkinson (Eligh's mother), the weird "Why?", the smart Leonard Cohen sample on "Who Else", the splendid "Phil" – well, actually, absolutely all tracks – were both subtle and appealing. And such subtlety and appeal were unprecedented, they only belonged to Eligh.