The highly recommended Don’t Be a Martyr album released in 2004 confirmed it: Joe Rath deserves far more attention than many of his counterparts from the post Year 2K’s indie hip hop explosion. So please read the following interview of this New Jersey native and encourage him to release the new gem he hasn’t have the opportunity to record yet. 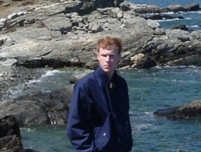 Who is Joe Rath in real life?

Joe Rath in real life is Joe Rath with a few more letters tacked onto his last name. He doesn't worry as much as he used to. He's in that limbo period of life that often arrives around the age of 23. He's a guy with big aspirations and a small appetite. But he's still hungy. The hunger is still there.

How have you been introduced to the rap game?

By just being a fan. Listening to the music turned into wanting to make the music. Casual rapping on the front porch became passionate rapping on records. I delved deeper and deeper until I hit the ground and my head developed a bump.

You were revealed to us through the post-2000 indie hip hop wave. Do you consider yourself as part of such a scene and/or genre?

I do and I don't. I was more on the fringe of the indie hip hop scene, which isn't necessarily a good place to be. It means limited exposure. The indie hip hop wave you speak of was horribly over-saturated. Everyone was giving it a try. It made things a lot harder for the ones with talent. It's a cruel world, that indie hip hop world. It didn't help that things became either "emo" or "experimental". People like those involved with Anticon, Def Jux, and Rhymesayers cultivated what would open the floodgates to teenage boys all over the country. They turned hip hop on its head a little and made it okay to do certain things. Then it kind of backfired. Even those artists suffered. The whole scene was doing great things for about a three-to-four year period, really moving in a good direction, and then it dwindled, became exaggerated, or was just empty music.

What about all these albums I've heard you've made and that have never been released?

You have to limit your output. I've sat (and am still sitting) on a lot of material because I think people wouldn't want it. You strive to release your music and have it heard. If the audience isn't there and you decide to still "release" it, no one will hear it and it will go to waste. And that's discouraging.

What's the story of your first official release, He Meant Well?

He Meant Well was the first album I really considered to be good, to be worthy. I was proud of it. This was in my first year of college. A college schedule provided me time and I spent way more time on this album than any previous album. The production and audio quality took a step in the right direction too. I had some of Rorschach's best work to use and Poor Richard was just getting going. It was also one of the first albums I thought was digestible to an audience. "He Meant Well" made me feel like I could do this thing.

Is this He Meant Well album still findable and buyable somewhere?

I'm not really sure. You could scrounge the internet and try to find if any stores still sell it. Otherwise it's only available if I feel like making a trip to the post office, which I might.

And what about this The Flea Market Tapes album that I've recently heard about on a web page and that I've never listened to?

The Flea Market Tapes was a bunch of unused material from the Don't Be A Martyr sessions. On certain days, I prefer The Flea Market Tapes to Don't Be A Martyr. It's not like the stuff wasn't good enough to use on DBAM, it just didn't fit. A lot of variety on there. It was supposed to come out on Beyond Space, but it never came to being. Too bad, because I made a lovely album cover for it.

Your lyrics are sometimes difficult to follow, especially for a foreigner like me. What are they: introspective rap, poetry or something else?

Introspective rap is probably accurate. To call it poetry is tough. I have a hard time admitting music lyrics are poetry. Art? Sure. But poetry? I'm uncertain. I apologize if my lyrics have been difficult. It hasn't been intentional. The last thing I want to be is difficult.

How have you hooked up with the Beyond Space Entertainment guys?

It was a pretty classic scenario. I heard about Beyond Space. I sent some of my music their way. They liked it. They sent me a contract. Tony (the CEO of BSe) did everything for me. If it wasn't for him, you probably wouldn't know who I was. Tony brought me to another level. More importantly, he put out my music. I'm eternally grateful for that.

I'm not sure Beyond Space Entertainment still exists. On which label will your further records be released?

To be honest, I'm not sure if BSe still exists either. I've lost touch with Tony (my fault). And as far as future records, I don't know if there will be any. I haven't recorded rap music in quite a while, and I've only recorded any sort of music scarcely. I'm more focused on my fiction writing now. I can't say I'll never record again. I might. I will say this, Poor Richard and I are sitting on an album. We worked on it not long after Don't Be A Martyr was finished. He has all the beats. I have all the lyrics. We just haven't recorded it. But we should. I'd like to think it's better and much different than anything we've done before. But, things happen. Postponements. He went to Croatia for two months. I fell in love. He got engaged. I drove all across the country. It would be nice to record it someday.

There is a kind of rock feeling in the beats of your albums, especially when they are produced by Poor Richard. Is this an influence that you claim?

We do claim that influence. It all started on the song "(cold) Sweating Bullets", which was on He Meant Well. We thought it had a rock feel, and we liked it a lot. The rock feeling really rested in the drum break. But we took that song as a template. Poor Richard and I picked up instruments. He mastered them. By the time of "DBAM", he was using live instruments a lot more than samples. The unrecorded follow-up I just spoke of (let's call it On the Veranda) contains live instruments almost entirely.

What would be your quintessential rap album?

Nas, Illmatic. No question. Everything about it was and remains perfect.

What kind of hip hop do you listen to nowadays?

Unfortunately, I don't listen too much. None, really. Except maybe for Loss. Loss is a rapper friend of mine--a true life friend, first and foremost. He gives me his music every so often. It's good. I like that. 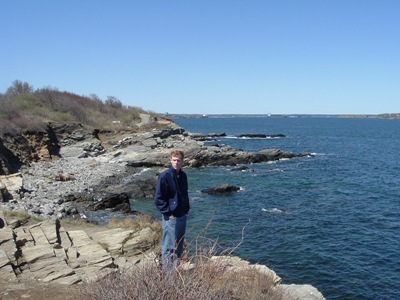 And what kind of music apart from hip hop?

A little of this, a little of that. There is always new music to discover and learn from.

What's your hip hop hidden secret you're going to share with us right now?

My hip hop hidden secret? Everything I've ever talked about on record is a lie. And I'm in love with Mark Castro.

The French are definitely ethnocentric. They love when foreigners speak about them. So, what about Joe Rath and France?

I adore France. I apologize on behalf of America for the negative things we say about you. You are a fine country, rich in the arts and culture. I'd like to find this out first-hand in the near future. As soon as I travel over to Europe, I plan on including France in the initial journey. Please leave the door open for me, France.