We already said it here, with full of conviction: all the albums Radioinactive ever released, absolutely all, are indispensable. Yes, all of them, including Fo' Tractor, the rerelease of an old cassette full of lo-fi tracks recorded by the mid-1990's, just after the rapper's adventures with Log Cabin and West Coast Workforce, two crucial bands from California's incredibly fertile underground hip-hop scene. 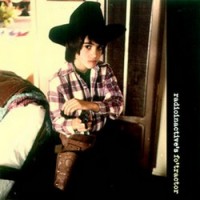 Despite the background noise spoiling each track, it was the same good old flow, Kamal's, and the same verbal prowess. He was still – or already – a facetious rapper. He was the kid on the cover art, whatever his style was, whoever his guests and beatmakers were: Omid, when he was called O.D. on "Equilibrium"; AntiMC, when his name was Anonymous, on "Elevator Shoes"; Onomatopoeia's Slant; or even Awol One, who produced "Camera Shy", in addition to rapping on it.

The sound quality was low, the world music influence of his next releases not fully visible, but Radio was already fully there, with his surrealistic lyrics, his versatile flow moving from some singsong to a supersonic pace, some two-voice games on "Elevator Shoes" and "Homage A SMC", a few oriental beats, a bit of clarinet played by himself on "Human Suitcase", and lots of great tracks like "Father Antiradio", "Soapy Water", or the excellent "Remaining Underground" with Subtitle. In a better package, and with more elaborate beats, this shaky record could have been something like the mix of tractor and bulldozer on the original cover art. It could have been the best album from California's best kept secret. 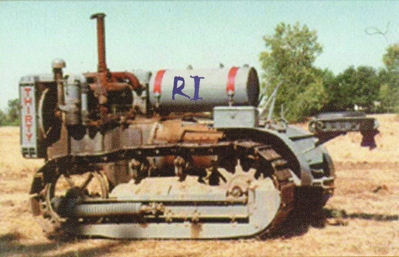