The latest mixtape from Vince Staples is not what you would expect from an Odd Future affiliate. While the Californian collective is infamous for its nihilism, provocations, and jackass attitude, the Long Beach rapper goes respectable. His second Shyne Coldchain mixtape is made of conscious rap. Its lyrics are deep, well-thought, and critical of the 'hood. Moreover, it is produced by No I.D. – now an executive at Def Jam, a label Vince Staples has just joined - the beatmaker behind Common's 1994 Resurrection album, an archetype of the genre. 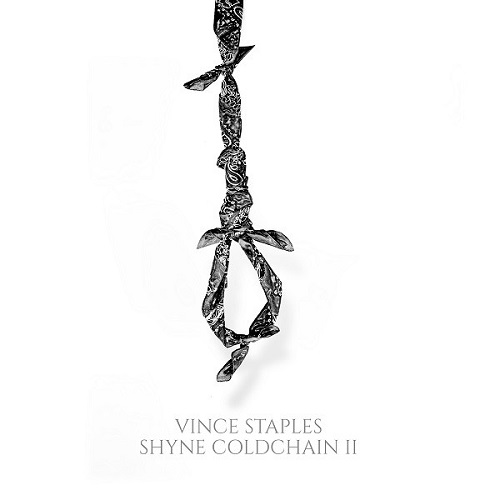 The most representative track of this new trend is "Nate". There, Vince Staples talks about his father, a criminal, and a bad role model. His critical view, the rapper also uses it on the introductive "Progressive 3", a song about the African Americans condition, or "Turn", where he describes the impact of ghetto life on people, without glorifying it. And on "Earth Science", he reflects upon his sentimental issues. "Humble", on the opposite, is going through another rap routine, the ego trip, but this was never incompatible with conscious rap, quite far from it.

With some sing-song in the background on "Progressive 3", "Locked & Loaded", "Oh you Scared", "Nate", "Turn", and "Earth Science" – no neo-soul there, but we're aren't too far – and of course No I.D.'s own work, the music is on par with the lyrics. And it is strong. In case this label can still be used, "45" ventures successfully into cloud rap territories. "Trunk Rattle" is minimalistic but eloquent. The psychedelic guitars on "Shots" work well. And the conclusive "Earth Science" is nicely melancholic. Even the rearguard of California's underground, Evidence and DJ Babu from the Dilated Peoples, are convincing on the ethereal "Progressive 3".

There's something suspicious with Vince Staples's new posture. The beats, as well as his mature and adult attitude, and even the way he reuses the title of the mixtape who revealed him, look too much planned, too much controlled. Now that he joined Def Jam, it looks like he wants to present a respectable face to the generalist media and a larger audience. But for the time being, what only matters is that all 10 tracks of this short release are entirely satisfactory.